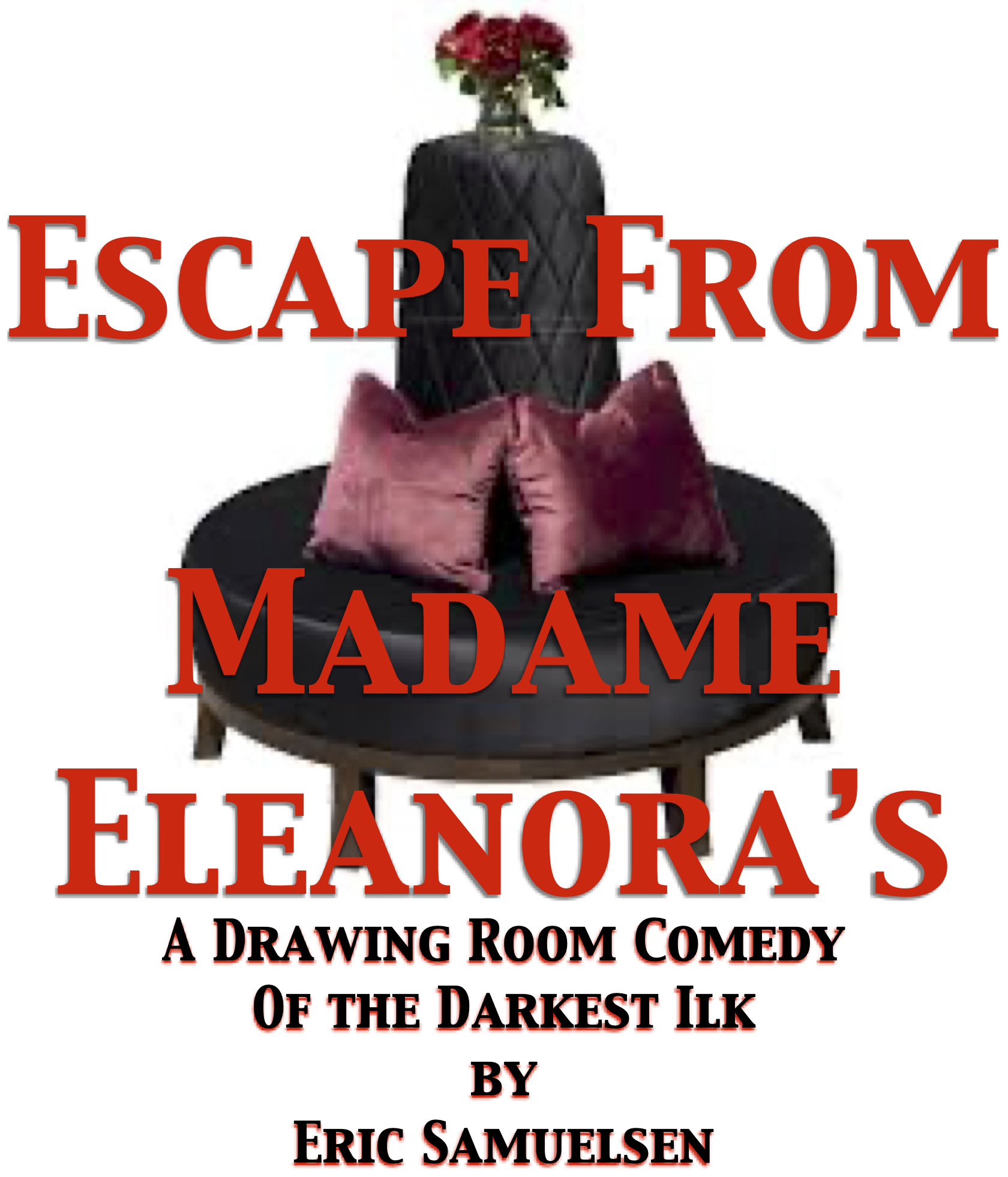 This is a decidedly dark drawing room comedy that will surprise you as politicians, priests, and prostitutes are lambasted and roasted in the grand style of farce. As the corrupt get their comeuppance in a most deserving way from the most surprising source of all, you won’t believe the fun you have had along the way with twists and turns after turns and twists! This escape is well worth it! The situations are adult, but the language is not.

THIS NOTICE MUST APPEAR IN ALL PROGRAMS, ON ALL POSTERS AND PUBLICITY MATERIALS AND INTERNET ADVERTISING/WEBPAGES FOR THE PLAY:
“Escape from Madame Eleonora’s is presented through special arrangement with Leicester Bay Theatricals.  All authorized materials are also supplied by LBT, www.leicesterbaytheatricals.com”