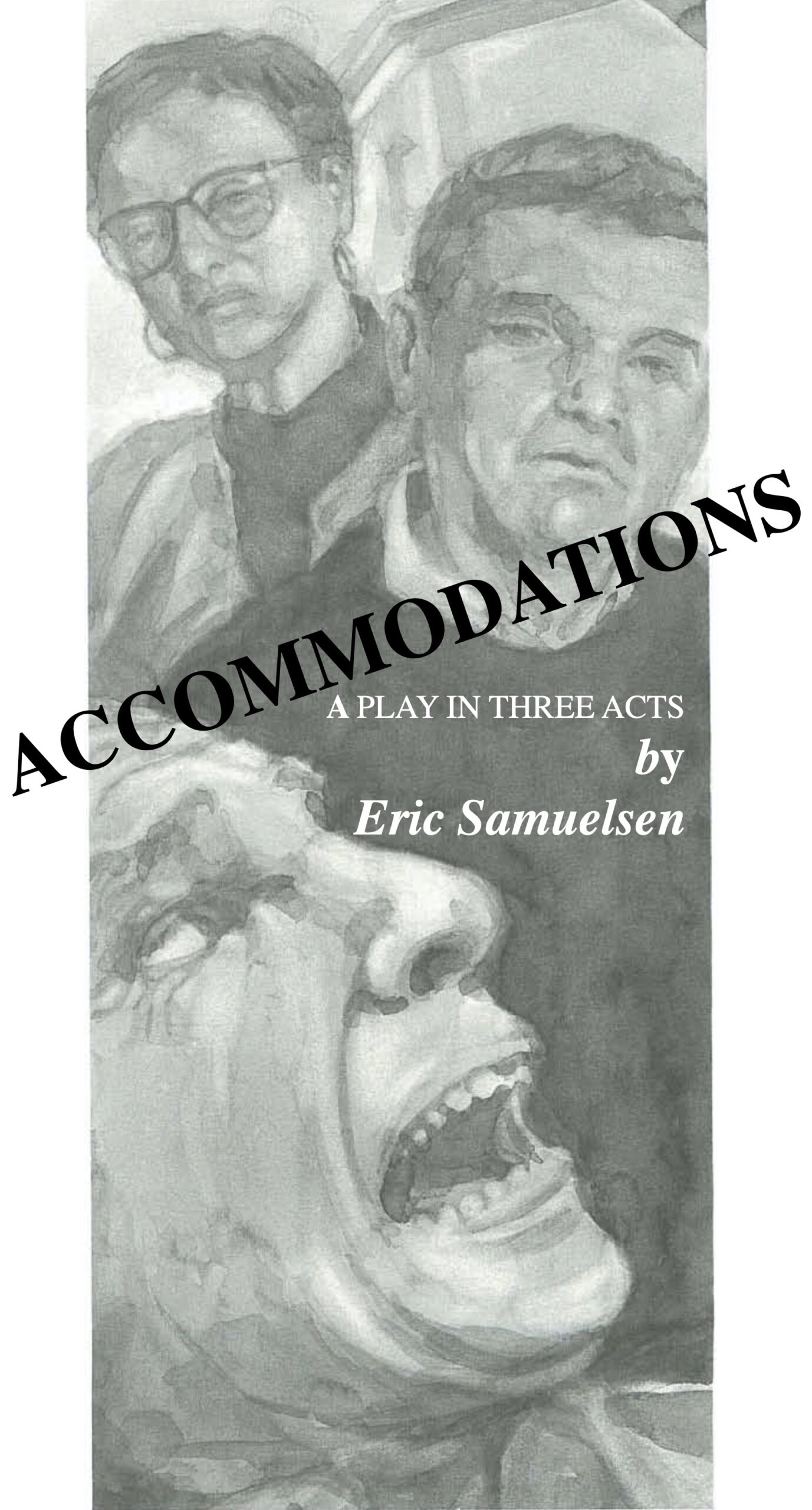 Grandfather Marty is getting older and the family needs to come together and care for him.George and Veeann are both active members of their Church, caring and kind people whose only interest is his welfare. But what happens when moral principles collide with financial realities? Which tends to win out? What if those making such decisions were more selfish, less in tune with the Spirit, less caring, more grasping? “In a place where love and brutality must co-exist, what compromises are acceptable, even essential, and at what point do they become manipulations or betrayals of ourselves or others?” Awarded Best Play of 1994 by the Association of Mormon Letters.

Some mature language and situations.

Although set in Utah, the play can happen any place and is also not peculiar to any one group of Faith-based persons. It is universal in its themes and actions. Slight alterations in the script may be made to accommodate various regions of the country, and Faiths.

“These premiere performances of Accommodations introduce an accomplished and most promising playwright to the BYU Mainstage. Accommodations also makes a significant contribution to the as yet far too limited canon of important Mormon plays.

I have heard Eric Samuelsen intelligently and passionately expound on the present state of Mormon theater, and I agree that in the last several years it has become an almost extinct art form.

Professor Samuelsen does more than complain however — as his final realistic script witnesses. It is a script that, as others have noted, could be about many a contemporary family — Mormon, Jewish, Catholic, etc. But, by holding up it’s a mirror to the LDS Mortonsons — without varnish or easy solutions — Accommodations it reminds us of all we have in common with others, that the social ills we so decry elsewhere are, often as not, ours too. The play is caustic but possibly therapeutic, like a good emetic. Ever since Aristotle, after all, that has been the intent of all serious drama.

I am also impressed with the scripts architectonics, its structure, which in performance the actors have tried to render almost musically, in rhythmic cadences and swells. Had it been my play, I’d have a titled its three acts: “Andante,” “Fugues,“ and “Scherzo.””

“On the frontier where Mormon ideals meet the everyday world of men and women, all of us need a place to stay or go, retreat to or take a stand. But Eric Samuelsen knows that borders can be confusing and densely populated. They teem with competing individuals, emotions, values, and spirits–in circumstances as profound and common as birth and death, with drives as crass but inescapable as greed and lust–that infringe upon, thwart, or even displace us in our quest for some sanctuary. “Accommodations” presents a compelling dramatic story crafted with characters and forms we comfortably recognize and can relate to. A carefully constructed, masterfully worded prose-poetic meditation on embattled spaces unfolds, replete with symbolic touchstone diction, references, and events: real estate developments, hotel rooms, a progressively more cluttered set, old rooms, others’ rooms, and no room–as well as, more ominously, burglaries, powerlifting machines, courtrooms, broken fences and shattered vows. In a place where love and brutality must co-exist, what compromises are acceptable, even essential, and at what point do they become manipulations or betrayals of ourselves or others? “Accommodations” unflinchingly confronts these dilemmas, “warning” us (in Samuelsen’s word) of dangers, hinting at possibilities, and, wisely, despite a hopeful ending, guaranteeing no solutions.” — Copyright 1994 The Association for Mormon Letters

Accommodations
A Play in Three Acts

THIS NOTICE MUST APPEAR IN ALL PROGRAMS, ON ALL POSTERS AND PUBLICITY MATERIALS AND INTERNET ADVERTISING/WEBPAGES FOR THE PLAY:
“Accommodations is presented through special arrangement with Leicester Bay Theatricals.  All authorized materials are also supplied by LBT, www.leicesterbaytheatricals.com”