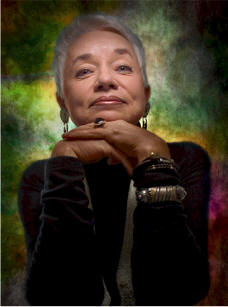 Carol Lynn Pearson is a well-known writer in a variety of genres. The unlikely area of poetry provided her first major success. Well over 250,000 copies of her poetry books have been sold and poems have appeared in literature books as well as Ann Lander’s column.  A book that brought major recognition in a different way is “Goodbye, I Love You”, the story of her life with her husband, a homosexual man struggling with the conflicts this brought to his life and marriage. After twelve years and four children, the couple ended their marriage and vowed to remain good friends. Six years later, in Carol Lynn’s home, where she was taking care of him, Gerald died of AIDS. Believing their story could help many others, Ms. Pearson decided to tell it. The book made her a popular guest on such shows as “Good Morning, America,” “Oprah,” “Sally Jesse Raphael,” and was featured in “People” magazine and “Woman’s Day.” She has also written education motion pictures and children’s plays, two commissioned by Robert Redford’s Sundance Theatre, “Don’t Count Your Chickens Before They Cry Wolf” and “I Believe In Make Believe.” Her most recent project is a one-woman play which she wrote and performs, “Mother Wove The Morning,” in which she portrays sixteen women through out history in search for the female face of God. Ms. Pearson received her BA and MA degrees in Theater at Brigham Young University in Utah, where she twice received the “Best Actress” award. She lives and works in Walnut Creek, California.