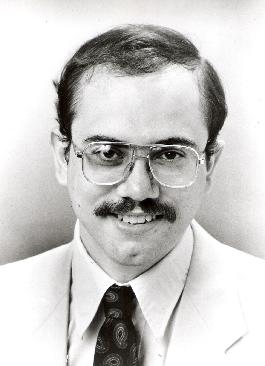 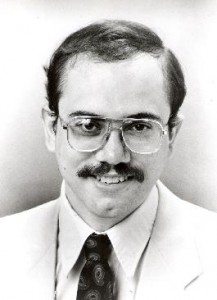 ASCAP/Deems Taylor Award-winner Chip Deffaa is  an internationally-produced  playwright with seven scripts to his credit and director with a great love of show business.  He is also the author of eight acclaimed books dealing with music and popular culture, including Blue Rhythms and Voices of the Jazz Age, both published by the University of Illinois Press.
In the past year, Deffaa has been  represented, as a playwright and director,  with three different plays at three different festivals in New York–“The Seven Little Foys” at the Fringe Festival, “Theater Boys” at the Fresh Fruit Festival, and “A Few Moments…” at the Strawberry Festival.  In addition, his award-winning “George M. Cohan Tonight!” opened at the Edinburgh, Scotland, Fringe Festival.  And  his “Johnny Mercer Jamboree” is currently running at the Rochester Downstairs Cabaret Theatre.
For 18 years, Deffaa covered entertainment–including jazz, cabaret, and theater–for The New York Post.  He has written for magazines ranging from Down Beat to Entertainment Weekly.  He has won an ASCAP/Deems Taylor Award, a  New Jersey Press Association Award and IRNE AWARD (Independent Reviewers of New England).
He is a member of the Dramatists Guild,  the Society of Stage Directors & Choreographers, the Drama Desk, the American Theater Critics Association, the Jazz Journalists Association, and NARAS (which awards the Grammy’s).
He has written and directed in New York no less than five different shows about George M. Cohan–the most recent being “George  M. Cohan Tonight!”  (starring Jon Peterson), originally produced Off-Broadway in New York  by the Irish Repertory Theater. That show has been produced in numerous cities, from Milwaukee, Wisconsin and Coral Springs, Florida, to Edinburgh, Scotland and Seoul, Korea!
The George M. Cohan Project originated at the Chip Deffaa Invitational Theater Festival, held at the Chashama Theaters on 42nd Street, New York City.
Deffaa has written assorted other shows, too, including The Johnny Mercer Jamboree, Mad About the Boy, One Night with Fanny Brice,  The Family that Sings Together, Song-and-Dance Kids, and Theater Boys.   His musical comedy The Seven Little Foys   recently had its world premiere at the Seven Angels Theatre in Waterbury, Connecticut, and then had its New York premiere at the Fringe Festival.
Deffaa graduated from Princeton University, where he was an editor of The Tiger Magazine.  He has been a trustee of The Tiger  for more than a quarter-century.
Deffaa also has written liner notes for countless albums, including ones by such Grammy Award-winning artists as Miles Davis, Ruth Brown, Diane Schuur, Benny Goodman, Tito Puente, Ray Brown, and the Count Basie Orchestra.

Containing the scripts for: The Irving Berlin Story, The Fanny Brice Story, The Seven Little Foys: A Musical Vaudeville, and Yankee Doodle Dandy. A great way to inexpensively peruse 4 of Chip’s delightful scripts!