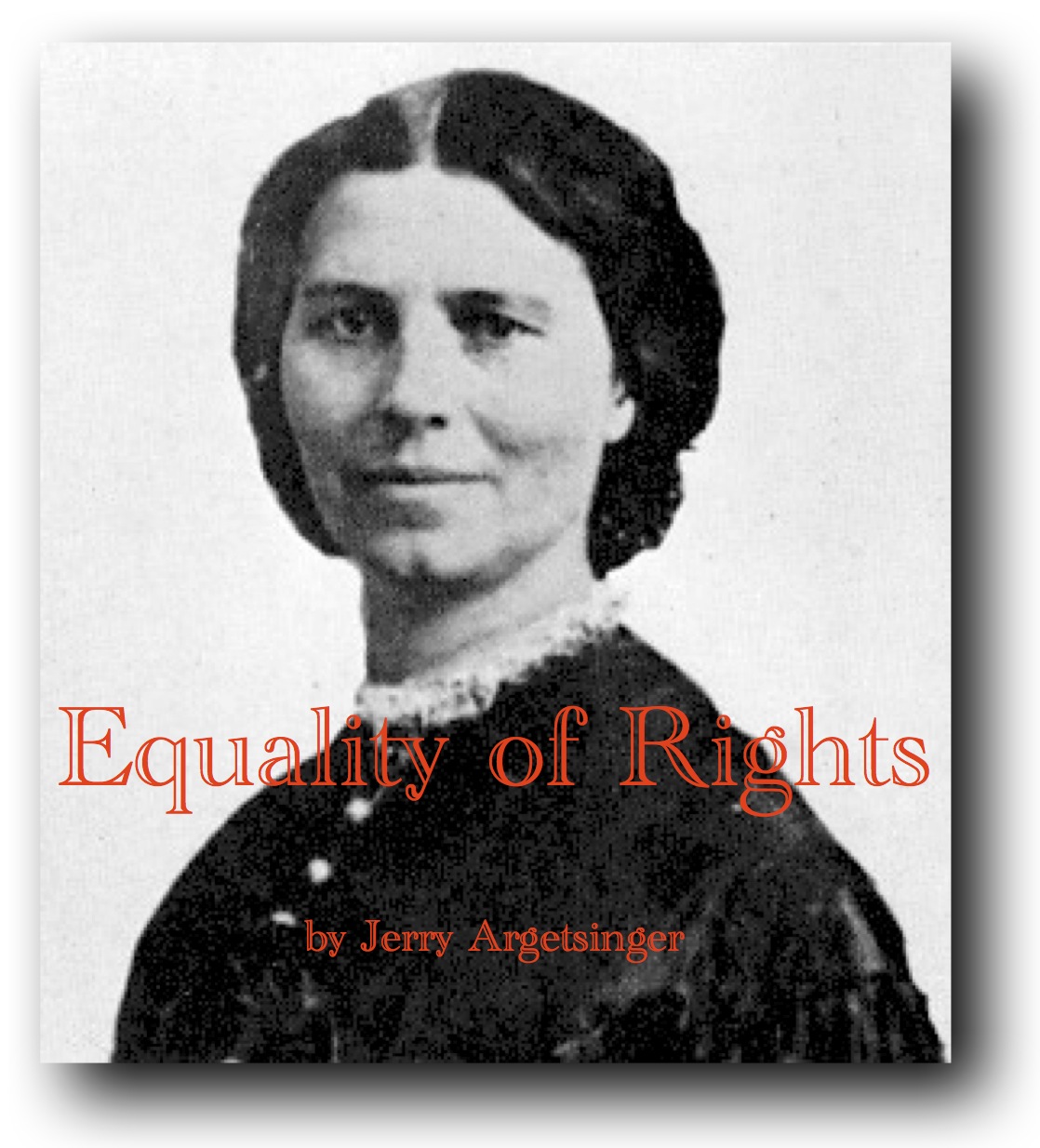 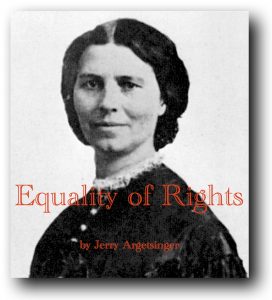 (For production by Educational, Amateur and Professional groups.)

This play was commissioned by Celebrate ‘98 and premiered at the Sesquicentennial of the first Women’s Rights Convention (1998) in the Wesleyan Chapel, Women’s Rights National Historical Park, Seneca Falls, NY, where it is regularly performed. “Equality of Rights” is a dramatic representation of the events leading up to and a reenactment of highlights of the First Women’s Rights Convention at the Wesleyan Chapel, Seneca Falls, NY in 1848. It begins at the 1840 World Anti-Slavery Convention in London, England where the American delegation was made up primarily of Quakers. Upon their arrival, the World Convention leaders caused an uproar by refusing to seat the American women delegates.  As they observed and discussed the convention Elizabeth Cady Stanton and Lucretia Mott became fast friends and vowed to convene a Women’s Rights Convention on their return to the States.  They reunited eight years later in Seneca Falls, NY and remembered their resolve.  In less than one weeks time, they organized the convention, wrote their “Sentiments and Resolutions” and publicized the event as best they could.  Remarkably, the convention had standing room only and established a political outcry,  due to the efforts of Fredrick Douglass editor of the North Star newspaper.  The women became nationally recognized leaders at the forefront of the movement that eventually resulted in the 19th Amendment to Constitution granting women the right to vote.

Available for production by all groups!

The following is how the credits should read in all programs, posters, fliers, handbills and other promotional advertising for the show:
Equality of Rights
by Jerry Argetsinger

THIS NOTICE MUST APPEAR IN ALL PROGRAMS, ON ALL POSTERS AND PUBLICITY MATERIALS AND INTERNET ADVERTISING/WEBPAGES FOR THE PLAY:
“Equality of Rights is presented through special arrangement with Leicester Bay Theatricals.  All authorized materials are also supplied by LBT, www.leicesterbaytheatricals.com”