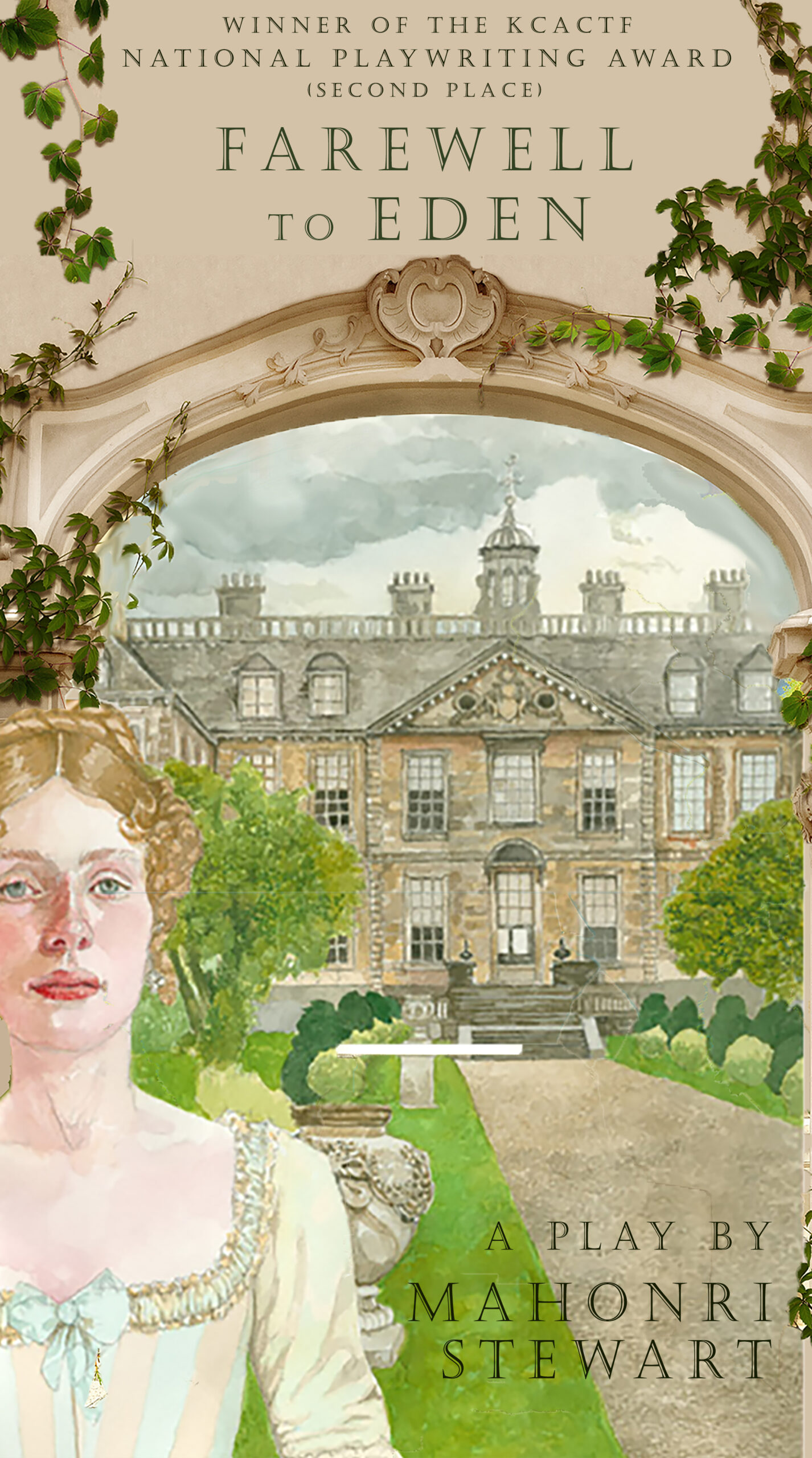 They thought that Georgiana Highett was invincible. Yet, after the death of her father, the return of a childhood friend, and the entrance of a mysterious and dangerous man, her secure protections are crumbling. Georgiana must draw on reserves of strength to confront threats from outside and threats from within. This award-winning period drama has won praise for its complex characterization, rich language, and stunning plot twists.

“One of the most intelligently written plays I have read in a decade.” —Gary Garrison, KCACTF Playwriting Chair/Dramatists Guild President

“Farewell to Eden is a uniquely rewarding character study that is so splendidly played as to make it highly recommended.” — Blair Howell, Deseret News

“Witty banter, symbolism, broad range of characters, historical figures popping in and out, romantic stories that avoid clichés, and did I mention witty banter and fully fleshed out characters? Please sign me up.”— Kara Henry, Front Row Reviewers

“A thought-provoking experience for anyone who catches Farewell to Eden.” — Russell Warne, Utah Theatre Bloggers Association

“Farewell to Eden is brilliant. It’s complicated, not very predictable, and has a lot of depth and characterization.”— Sharon Haddock, Deseret News

THIS NOTICE MUST APPEAR IN ALL PROGRAMS, ON ALL POSTERS AND PUBLICITY MATERIALS AND INTERNET ADVERTISING/WEBPAGES FOR THE PLAY:
“FAREWELL TO EDEN is presented through special arrangement with Leicester Bay Theatricals.  All authorized materials are also supplied by LBT, www.leicesterbaytheatricals.com”

Photos from the UVU Production: (various photographers as noted in the captions)