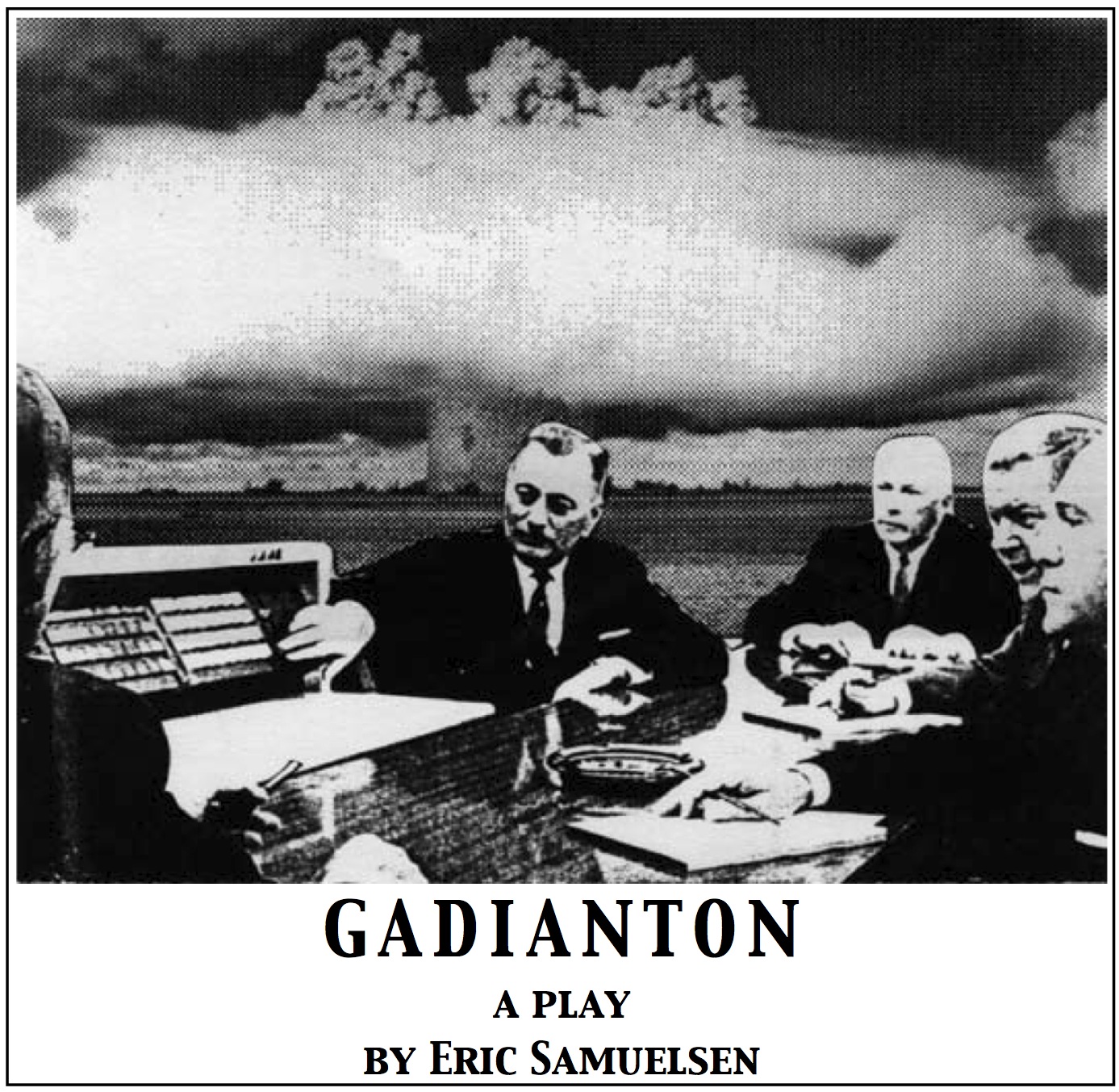 a play by Eric Samuelsen

What makes our acts moral? Is any practice “just business”? Can Book of Mormon lessons speak to us in our high-tech world? In contexts as diverse as nuclear testing, corporate mergers, and Mormon family life, Gadianton powerfully reminds us that every decision is personal. And that it does not just connect to any one religion — or any religion at all — for its practitioners. The use of Gadianton is an archetype here. The Robbers of Gadianton can be everywhere, both inside and outside of the Church.

WINNER: Association for Mormon Letters award for Drama in 1997.

Photo and program cover from the 1996  BYU production