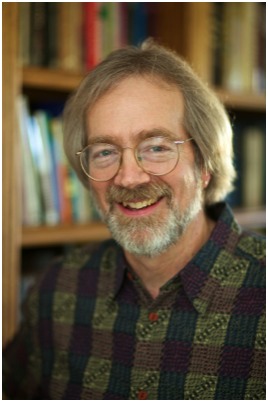 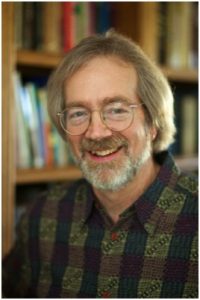 J.A.C. Redford is an accomplished composer of concert music, film and television scores, and music for the theater.
His concert music compositions span a wide range of forms from symphony, choral music, and ballet, to art songs and chamber music. His larger works have been performed by the Utah Symphony, the American Chamber Orchestra, the Pasadena Chamber Orchestra, the Los Angeles Chamber Singers and the Utah Chamber Artists, at the Kennedy Center in Washington D.C., the Tel Aviv Museum of Art in Israel and at London’s Royal Albert Hall.
His chamber music has been performed by the Debussy Trio, Liona Boyd, the Philadelphia Brass, the Westminster Brass and Zephyr. Recent compositions include the score for subVersions, a site-specific modern dance work created in an abandoned subway tunnel in Los Angeles by the Collage Dance Theatre. Over the past year, Redford works were performed by various ensembles in Washington D.C., Columbia S.C., Knoxville, Dallas and Los Angeles, and he is currently developing new commissions with ensembles in Columbia S.C., Houston, Los Angeles and Salt Lake City.
Redford’s incidental music has been heard in theatrical productions at the Matrix Theater in Los Angeles and South Coast Repertory Theater in Costa Mesa, California, as well as on the American Playhouse series on PBS. Two of his musical comedies are published by Anchorage Press and performed frequently across North America.
Composing music in the film and television industries for over 20 years, Redford has written the scores for the feature films The Trip to Bountiful, Bye Bye Love, Extremities, The Joyriders, The Mighty Ducks II and III, Oliver and Company, A Kid in King Arthur’s Court, Heavyweights, and Newsies. He has composed the music for over two dozen TV movies or miniseries and over 480 episodes of series television, including multiple seasons of Coach and St. Elsewhere (for which he received Emmy nominations in 1984 and 1985). He has conducted scores for composers Rachel Portman, Danny Elfman, Marc Shaiman, Mark Isham, and Alan Menken, including The Little Mermaid, The Nightmare Before Christmas, and Benny and Joon, as well as for Cirque du Soleil’s Benoit Jutras and Terence Blanchard’s Jazz in Film CD. Recent assignments have included composing scores for the mini-series Mama Flora’s Family, and the Hallmark Hall of Fame productions What the Deaf Man Heard and Grace & Glorie, orchestrating James Horner’s scores for The Perfect Storm, Iris and Windtalkers, and arranging the choral music for Randy Edelman’s XXX score.
Redford co-composed “The Journey” for Steven Curtis Chapman’s 1999 Grammy Award-winning CD, Speechless. He co-wrote the song, “Stand Up to the Night,” and recorded it with Bonnie Raitt for her album, Nine Lives. He has served as a producer, arranger, and conductor for the Los Angeles Master Chorale, a music consultant for the Sundance Film Institute, a teacher in the Artists-in-Schools program for the National Endowment for the Arts, a guest lecturer at USC and UCLA, and currently serves on the Music Branch Executive Committees for the Academy of Motion Picture Arts and Sciences and the Academy of Television Arts and Sciences. He is the author of Welcome All Wonders: A Composer’s Journey, published by Baker Books in 1997.