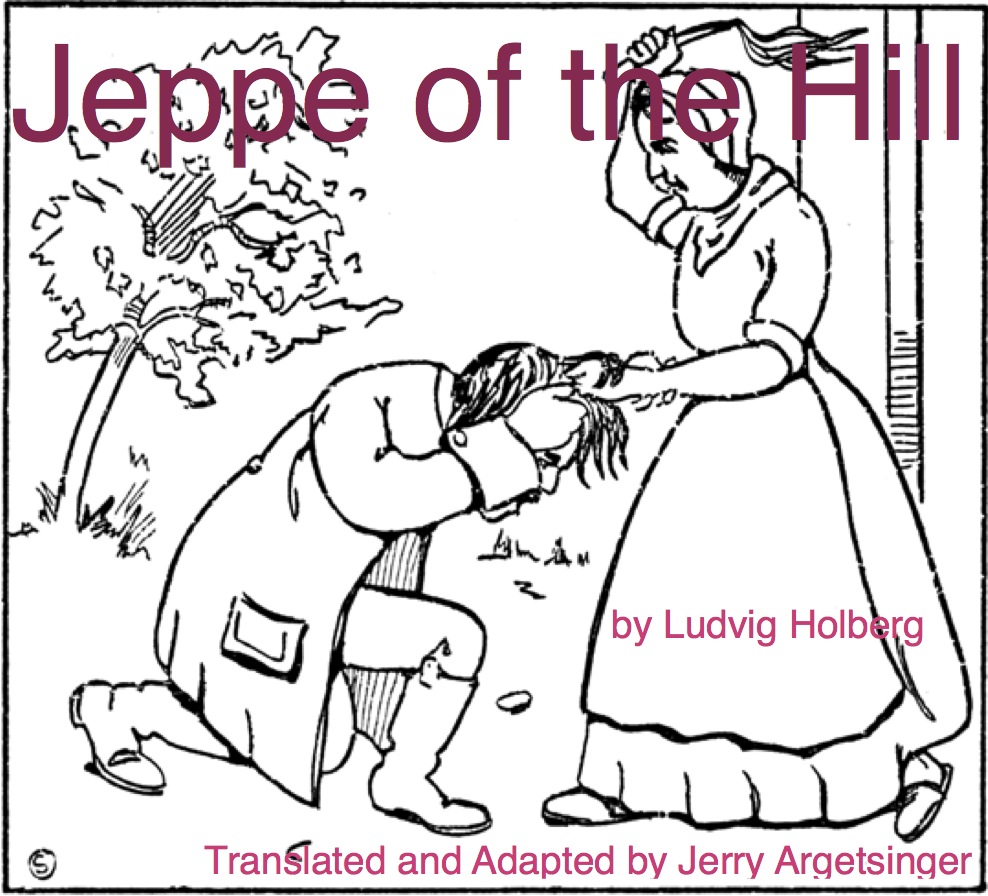 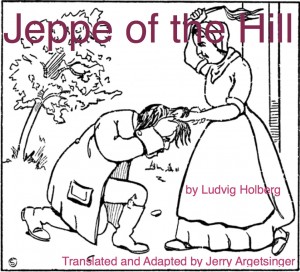 Jeppe of the Hill is Holberg’s most successful comedy, having remained active in the repertories of virtually all national Scandinavian and several Northern European theatres since 1722.  It is also the most likely to be produced around the world.  The character Jeppe Berg is considered the first fully developed Danish literary character and is considered one of the great comic character roles of all time. The supporting roles also offer great opportunity for comic genius. Jeppe is a Zealand peasant, a drunk, a ne’er-do-well who is beaten by his wife, oppressed by his Baron and cuckolded by the deacon.  On his way to the village to buy soap for his wife, he finds his way into Jacob’s pub where he squanders all of his money on drink and falls into a ditch in a drunken stupor. The Baron passes him by and decides to play a joke.  They will carry him into the manor house, dress him in silks, and when he awakens convince him that his peasant life was a terrible dream and that he is the rightful Lord of the Manor.  When he is finally convinced, he tries unsuccessfully to act the part, eating like a slob, berating his servants, and bedding the overseer’s wife.  Finally drunk on Canary wine, he is cast out onto a dung heap where his wife finds him and beats him all the way home as he tries to convince her he was in paradise.  He is next confronted by a local magistrate who tries and finds him guilty of breaking into the manor house. Sentenced to death, he again sinks into a drunken coma and awakes hanging on a gallows.  As his wife beats him, the Baron appears and has him cut down from the gallows, explaining the prank that has been played on him and what they should have learned.  The play ends with Jeppe and Nille returning home while the Baron moralizes about the dangers inherent in practical jokes.

The following is how the credits should read in all programs, posters, fliers, handbills and other promotional advertising for the show:
Jeppe of the Hill
by Ludvig Holberg
Adapted and Translated by Jerry Argetsinger

THIS NOTICE MUST APPEAR IN ALL PROGRAMS, ON ALL POSTERS AND PUBLICITY MATERIALS AND INTERNET ADVERTISING/WEBPAGES FOR THE PLAY:
“Jeppe of the Hill is presented through special arrangement with Leicester Bay Theatricals.  All authorized materials are also supplied by LBT, www.leicesterbaytheatricals.com”