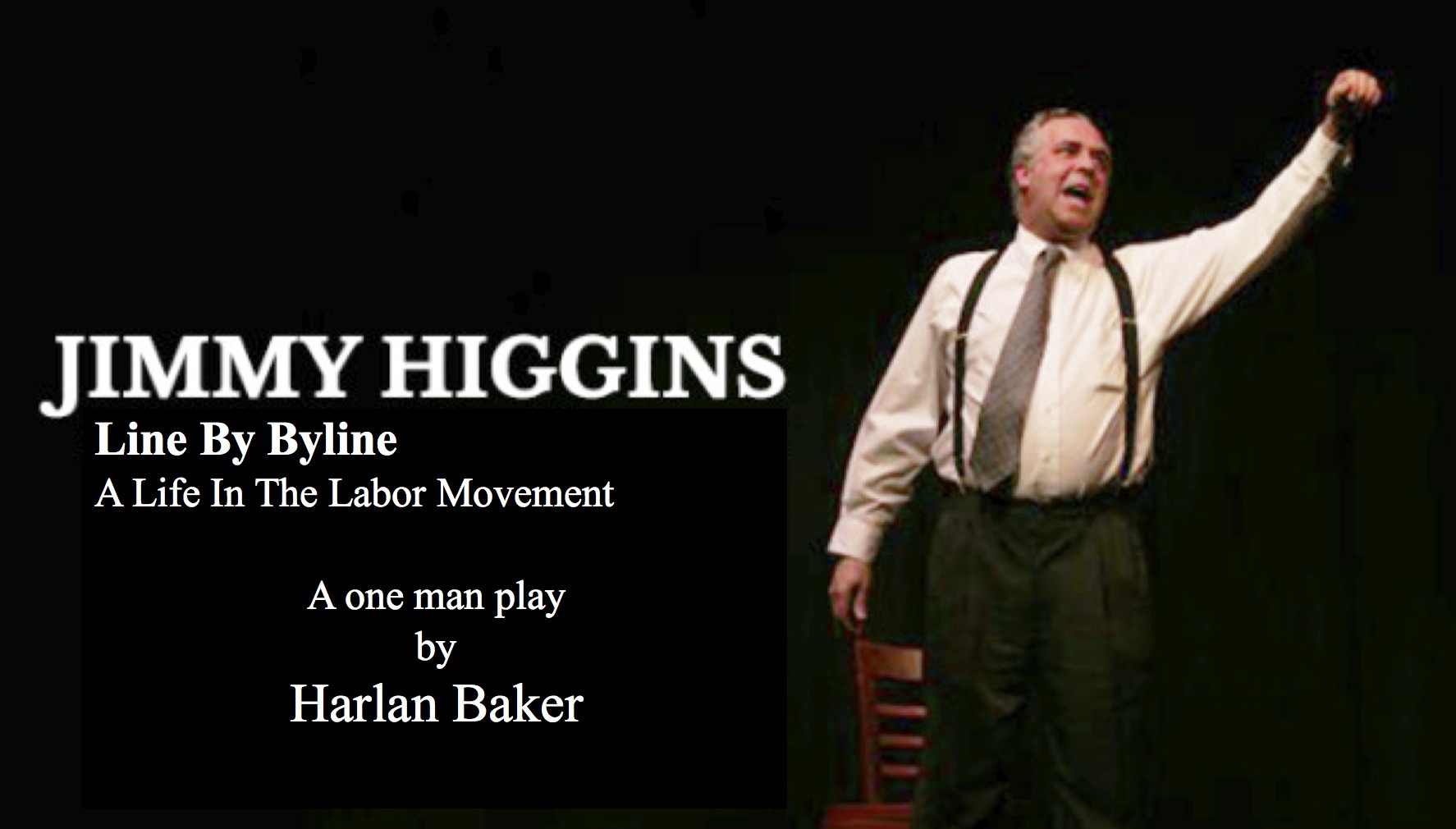 A Life In The Labor Movement

Jimmy Higgins: Line By Byline is about an old radical who tells his story to a young man. Jimmy  grows up in the first half of the 20th century in middle America. The play follows his involvement in various labor and socialist struggles from the campaign to free Tom Mooney, the presidential campaign of Eugene Debs, the May Day rallies of 1919, the campaign of Sen. Robert La Follette Sr. on the Progressive Party Ticket to his becoming a reporter on labor struggles in Alabama and Michigan. He witnesses the Battle of the Overpass and Henry Ford’s violent attempt to intimidate labor leader Walter Ruether. This is a tour-de-force production for a single actor. While many of the characters have a basis in actual history, Jimmy Higgins, himself, is a fictional character tying together the events of the early 20th Century.

“In the time it takes to pour two shots of whiskey into a tall glass, Harlan Baker – teacher, actor and former legislator – becomes ‘Jimmy Higgins’, a rank and file union and socialist activist who also happens to be an ink-in-the-veins journalist.”
– James McCarthy, Brunswick Times Record

“What follows is a lot like novelist John dos Passos’s famous U.S.A. trilogy, in that Jimmy experiences both the actual political events and fictionalized personal ones.”
– Megan Grumling, The Portland Phoenix

“We all know how the history of the working class has been distorted, hidden and forgotten. Baker’s mission is to bring back some of that history, bring it to life, and tell the untold stories, perhaps even to a new generation.”
– Ron Blascoe, Union Labor News-Wisconsin