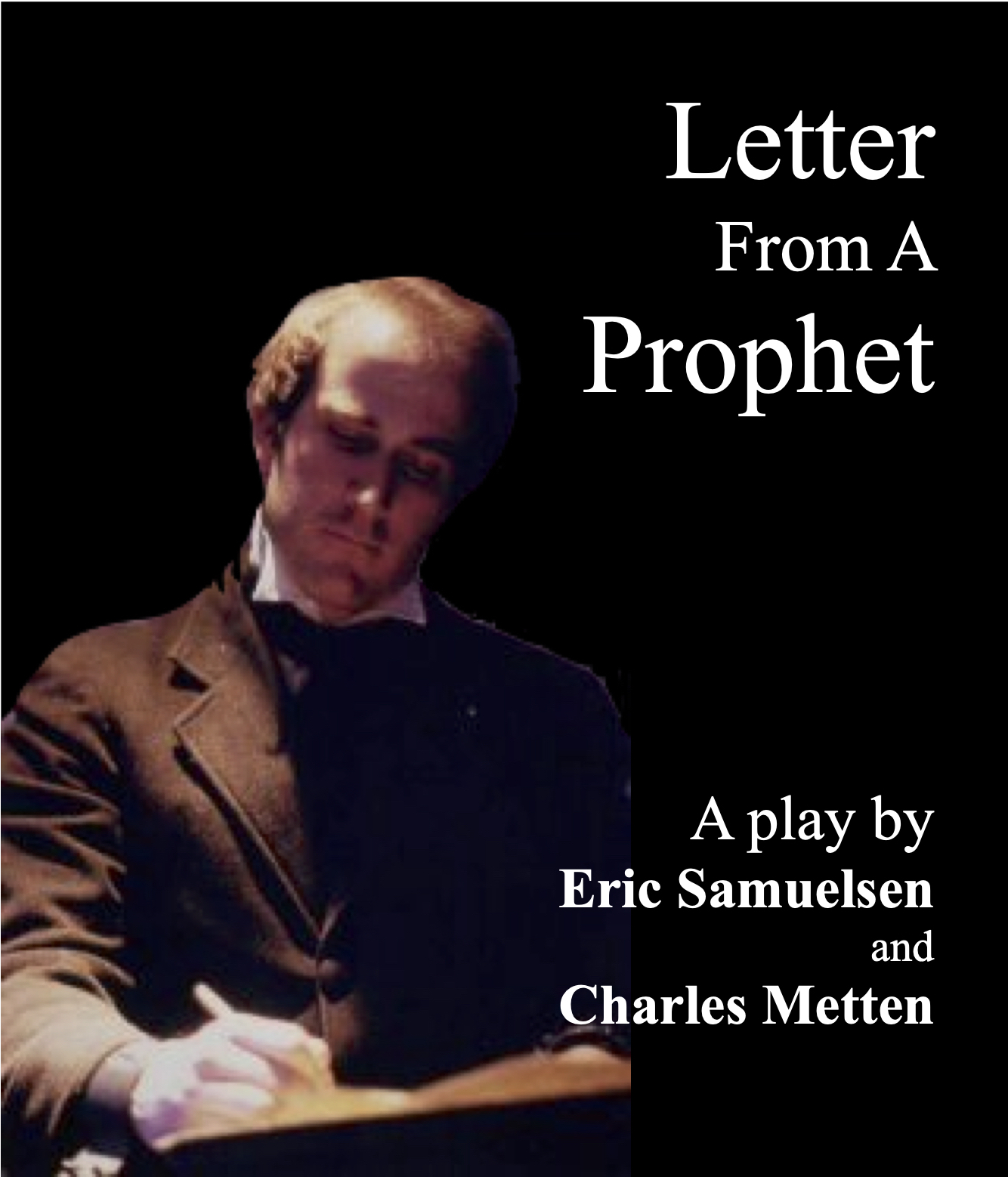 a play in three acts by Eric Samuelsen and Charles Metten

These are not the letters that Joseph wrote to Emma, or the Twelve, or to officials in order to re-dress his wrongs. This letter, from a Prophet of God (Joseph Smith), written during his incarceration in Liberty Jail, shortly after the revelation that became Sections 121, 122, & 123 of the Doctrine and Covenants, focuses on the family of the Jailor and their involvement with those that were wrongly incarcerated. Carrie Jane Bowen Butler, and her son, John Ira, fled the early Church in Pennsylvania because of the death of their husband/father, Ira Bowen. They felt it was Joseph’s fault. Carrie comes to find out that Joseph tried to save Ira, not stand by idly while he died. This seems to make little difference to Carrie, as she has lived too long with the bitter pill. She has now married William Butler. They have a child, Mary Butler. Now, Joseph comes to her husband’s jail in Clay County Missouri –– Liberty Jail––with five other Mormon men. This is her story, and the story of her son, John, as they re-connect with their faith, testing the waters until tragedy happens again.

This play would make the perfect “In Repertory” play with the Musical, “Liberty Jail” as the same cast could do both shows on alternating nights.

Letter From A Prophet
A  Play

by
Eric Samuelsen and Charles Metten

THIS NOTICE MUST APPEAR IN ALL PROGRAMS, ON ALL POSTERS AND PUBLICITY MATERIALS AND INTERNET ADVERTISING/WEBPAGES FOR THE PLAY:
“Letter From A Prophet is presented through special arrangement with Leicester Bay Theatricals.  All authorized materials are also supplied by LBT, www.leicesterbaytheatricals.com”