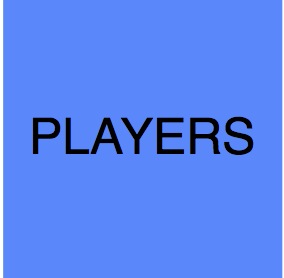 “Behold, this is my doctrine–whosoever repenteth and cometh unto me, the same is my church” (D&C 10:68).

“And that same sociality which exists among us here will exist among us there, only it will be coupled with eternal glory, which glory we do not now enjoy” (D&C 130:2)

“All the world’s a stage, and all the men and women merely players” (“As You Like It”)

On an impulse, I spent a memorable short week–November 12 through 18, 2013–in Finland, first on the Arctic Circle, then in Helsinki. The primary purpose was to be present at the first ever performances of my play, “Huebener,” in the Finnish language. It was performed for five consecutive evenings during a festival of plays sponsored by the theatre department at a university in Kokola, a culturally aware city of only 50,000. I was not disappointed.

The play’s director, Henna Laitinen, is an LDS convert. Only her husband Miko, a lifelong Finnish member and former missionary in Las Vegas who played the branch president Arthur Zoellner, and the young actor who portrayed one of the three Mormon conspirators, Karl-Heinz Schnibbe, are Latter-day Saints. I stayed with the Laitinens between the first two performances, then drove for two and a half hours with the family of Saria Isokangas, our former St. Petersburg lady missionary and now a mother of six, and her husband, Kimmo Moilanen, to their home in Oulu, a larger city farther to the north. Merriam and I had previously met Kimmo nine or so years ago when we served at the Swedish Temple. He has his own family business, which he developed while in high school and which provides educational software for public schools throughout Finland. He was previously the branch president in Oulu and is now executive secretary to the local district presidency. The next evening I spoke to the LDS youth in Oulu.

While in Kokola, I also addressed Henna’s theatre class, while her district president, an attorney who had previously served a mission in Germany, translated my remarks. I spoke as well to the cast of “Huebener,” reminiscing that–not unlike the members of an athletic team or musicians in a quartet or orchestra–cast members earnestly interact and mutually support one another–even in antagonistic roles and especially as they present a serious play–drawing close and become a ‘family‘ of sorts. In my own experience, this relationship no longer continues after a production ends, but those involved still have its fond, nostalgic memory.

A related insight then occurred to me for the first time, really–at least more fully than ever before–when I awoke at the Laitinens the morning after the premiere performance and my address to the actors: I thought of the effort by a group of actors
to embody historical persons and, as best they can, to re-enact such actual, solemn events as those in the grim, tragic life of the young Helmuth Huebener and those of his young Mormon friends. Karl-Heinz Schnibbe and Rudi Wobbe. Under such circumstances, actors truly ‘re-live’ past events and, hopefully, learn from them together with, however vicariously, the members of their audience. It was then that I also thought of yet another, in my view, singular and distinctive characteristic of the Church of Jesus Christ of Latter-day Saints and the fullness of Christ’s restored gospel. And this, in turn, considerably reassured me about my own deep seated penchant for dramatic expression. Besides, when you think about it, we humans are inordinately given to dramatic depictions of life–our own and others’–in oral narrative, children’s spontaneous play, formal theatre (including opera and musicals) and, more recently and now ubiquitously, through electronic media–film, television and their endlessly permuting digital apps.

By instinct and existential need, we are also social creatures. However, it is obvious that in our impersonal, secular age we are– except perhaps via the news media and virtual entertainment (hence their strong appeal)–generally distant, alienated and extremely polarized. Maybe, as an ‘only’ child, I am more needy here than some others , but I think not. Hence, the relevance of a thoughtful LDS historian’s thesis and the title of his essay, Philip L. Barlow’s “To Mend a Fractured Reality: Joseph Smith’s Project” (Journal of Mormon History, Summer 2012, pp. 28–50).

Barlow’s insight and mine begin, of course, with Joseph Smith and the unprecedented nature of all that we call the Restoration that took place through him. As thoughtful historians and commentators have pointed out,* the Prophet Joseph audaciously revived– even, one might say, resurrected–multifarious elements from the Judeo-Christian past, and not just theoretically. Like the great Christian poet Dante’s daring conflation of scriptural sources in his “Inferno”’s depiction of past sinners and that of Greek myth in his “Paradiso,” Joseph Smith re-introduced to the world of his and our time the pristine principles and practices–priesthood ordinances, patriarchal blessings and the concept of eternal families, to name but a few–that, as we understand, extend as far back as Adam and Eve. But such principles and practices were bestowed upon the Latter-day Saints in a manner that requires–as with a cast of thespians–their re-enactment, not just their contemplation. Even the ordinances of the LDS Temple involve a theatrical modality: its patrons are both audience and also assume a role that engages them in a scripted dialogue while performing sacred rites either for themselves or, vicariously, for those who have gone before.

The net effect of this and the Church’s collaborative effort in a variety of social contexts is to bring otherwise distant persons together in close, sympathetic fellowship, not only in temples but also in the service all are called upon to freely and routinely offer one another. Such service extends to those in the past, in the present and who are yet to come to Earth–to one’s neighbors and, through the Church’s ambitious missionary effort and its family history and philanthropic initiatives, to all of its inhabitants–to the entire human family. I am unaware of any such initiative anywhere else that is both so comprehensive and so pro-active. Based on thoughtful consideration and by now extensive personal experience, this is, I contend, no coincidence.

This insight alone made the trip to Finland worthwhile and especially rewarding. It was further highlighted by a memorable visit with dear Russian friends, Vyacheslav and Irina Kondratev, now missionaries at the Helsinki Temple, with whom we had served in St. Petersburg and later at the Stockholm Temple, and by our trip together during my last full day in Finland to a stake conference in Tampere–another two hour drive distant–presided at and profoundly addressed by a relatively young Seventy, the former stake president in Rome, Italy–Elder Massimo De Feo.

At the end of the conference, there were the by now not unusual but always surprising encounters with those who share common acquaintances: With the first pair of young missionaries I went up to, inquiring about our grandson David Rogers, who last year completed a Finnish mission, I met his former companion, an Elder Cook, who highly praised the legendary Elder Rogers (who had also been assigned by his mission president to further study Russian and also teach refugees from the East). Then, when I overheard someone address a senior missionary as “Elder London,” I similarly approached him, curious to know if he possibly hailed from the town of Morgan in Utah’s Weber Canyon. Elder London not only thereupon reminded me that a year or so ago I had addressed the Morgan chapter of the Sons of the Utah Pioneers, but his wife then added that she and Merriam are related to each other through the Richins line, while her visiting sister recalled the fireside I’d spoken at a while ago in Seattle and, though she hadn’t seen or even known about the production in Oulo, volunteered her long standing interest in “Huebener” and its subject matter.

In his memorable address, Elder De Feo drew on his own family experience, further witnessing to the restored gospel’s dynamic efficacy when–seeking guidance from the Spirit–we in fact apply it with sufficient faith and also avail ourselves of the restored Church’s instrumentality, which, like a serious play production, binds us together in blessed fellowship as an extended eternal family– the family of an ever loving Eternal Father. When, that is, we truly interact and act together.

• cf:
“The Mormon leader and his followers were not merely looking back to the Bible as example or doctrinal authority. Nor were they simply re-creating biblical events by conscious ritual, though they did of course do this. They were actually recapitulating, living through, the stories of Israel and early Christianity–reestablishing the covenant, gathering the Lord’s elect, separating Israel from the Gentiles, organizing the Church, preaching the gospel, building up the kingdom, living in sacred space and time. As earliest Christianity appropriated and transformed Jewish history, so the Latter-day Saints appropriated and transformed the Old Testament story and reappropriated the New Testament appropriation of the same story….As distinct from his evangelical rivals, he [JS] did not seek to enthrone the Bible as final authority; he sought rather to restore the authority, truth, and prophetic gifts recorded in the bible” [Philip L. Barlow, Mormons and the Bible: The Place of the Latter-day Saints in Mormon Religion (NY/Oxford: Oxford University Press, 1991, pp. 68-9 & 72)].

“[Jan] Shipps, Mormonism, has provided an insightful analysis of the Mormons‘ movement “out of the primordial present into the future by replicating the [scriptural, mythological] past” [Ibid, p. 49].