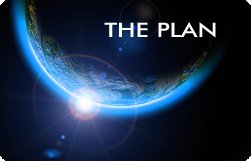 The play examines some of the real-life dilemmas and emotions that face us all— choice and consequences, pain and difficulty and joy—framed in a series of short scenes from the Old Testament. This is Samuelsen’s twenty-fifth produced play, and his experience is evident. The Plan shows us real people dealing with real problems. Earnest, sincere, guilty, and oftimes hilarious, Samuelsen’s characters span the gamut of human experience. Six short themed plays make up the evening:  GAIA, BATHSHEBA, RUTH IN THE HOUSE OF BOAZ, RACHEL’S SISTER, OUTSIDE JERICHO and EVE, DYING. Each of these short plays can be performed on its own.  But if the entire cycle is produced, it can be performed with as few as two actors (1 M 1 F), or with any number up to eleven (5 F 6 M).  Gaia and Eve must be played by the same actress.

GAIA, one of the segments is available through Gideon Burton’s VIDEO posted on Youtube:

Photo from the original production  at The Covey Center for the Arts in Provo Utah — 2011: