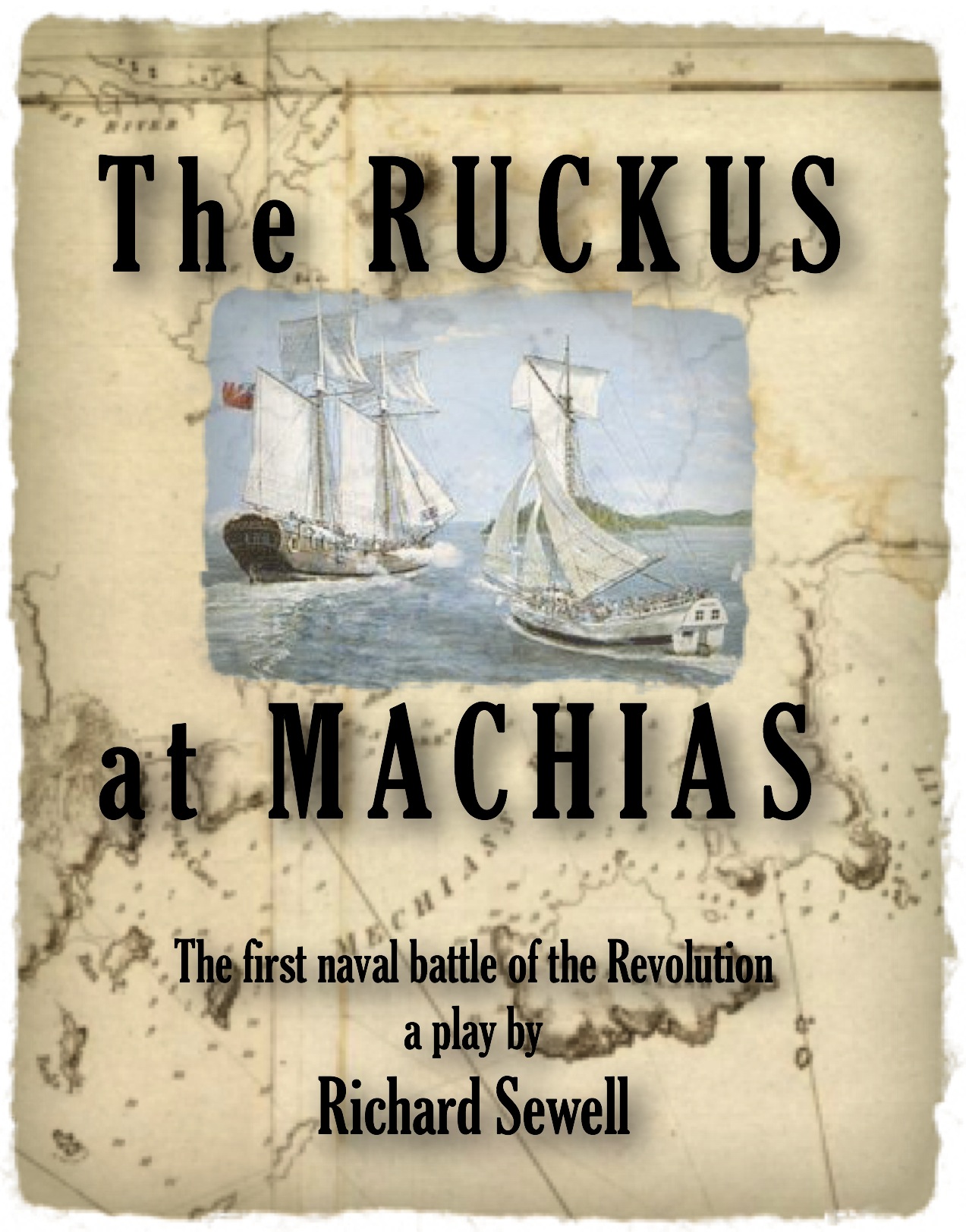 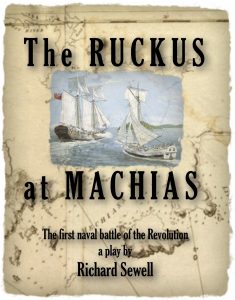 The true story of the American Revolution’s first sea battle.

Hannah won herself a red dress, and the town a warship!

Starvation threatens the people of Machias, Massachusetts Colony, (now Maine) in June of 1775, when a British warship accompanies a local merchant returning from Boston with supplies. Machias was a lonely lumber camp in dire need of food, powder and shot. Instead of providing the lumber demanded by the British to build barracks for British soldiers near Boston, the desperate citizens erected a Liberty Pole to commemorate the fighting at Lexington and Concord. As the British navy was the undisputed master of the world’s oceans, the enraged Captain then ordered the warship to fire on the community, causing the townsfolk to muster their meager resources — axes, pitchforks, and a few small arms — which enabled the patriots to capture the British armed cutter, Margaretta, moored in their harbor. How that tiny community thumbed its nose at King George and captured a warship makes a fascinating page of history and gives a thumbnail sketch of the dynamics of all rebellion. As if the citizens weren’t bold enough, after rechristening the Margaretta, they send her out as a part of the new Colonial American fleet.

NOTE: There are four folk songs sung in whole or in part in the play: “Flout ‘Em and Scout ‘Em”, “Sweet Jane”, “Sweet England”/”Poor Stranger”, and “The Spacious Firmament”. The melody lines and lyrics are included in the back of the script.

Bangor Daily News — January 20, 1976 by Robert H. Newall
“It is about a Maine event by a Maine writer… Fortunately, it’s not a weak nod to the Bicentennial spirit, but a good play with many credits. For one, It’s author, Richard Sewell…has a knack of building to a culmination, each climax followed by moments of reflection before building to the next. Further, he has a keen ear for dialogue; hence, his people speak as real people do, with recognizable cadence and verbal import.”

The following is how the credits should read in all programs, posters, fliers, handbills and other promotional advertising for the show:
The Ruckus At Machias

The first naval battle of the American Revolution

a play in two acts by
Richard Sewell

“The Ruckus At Machias” is presented through special arrangement with Leicester Bay Theatricals.  All authorized materials are also supplied by LBT, www.leicesterbaytheatricals.com”