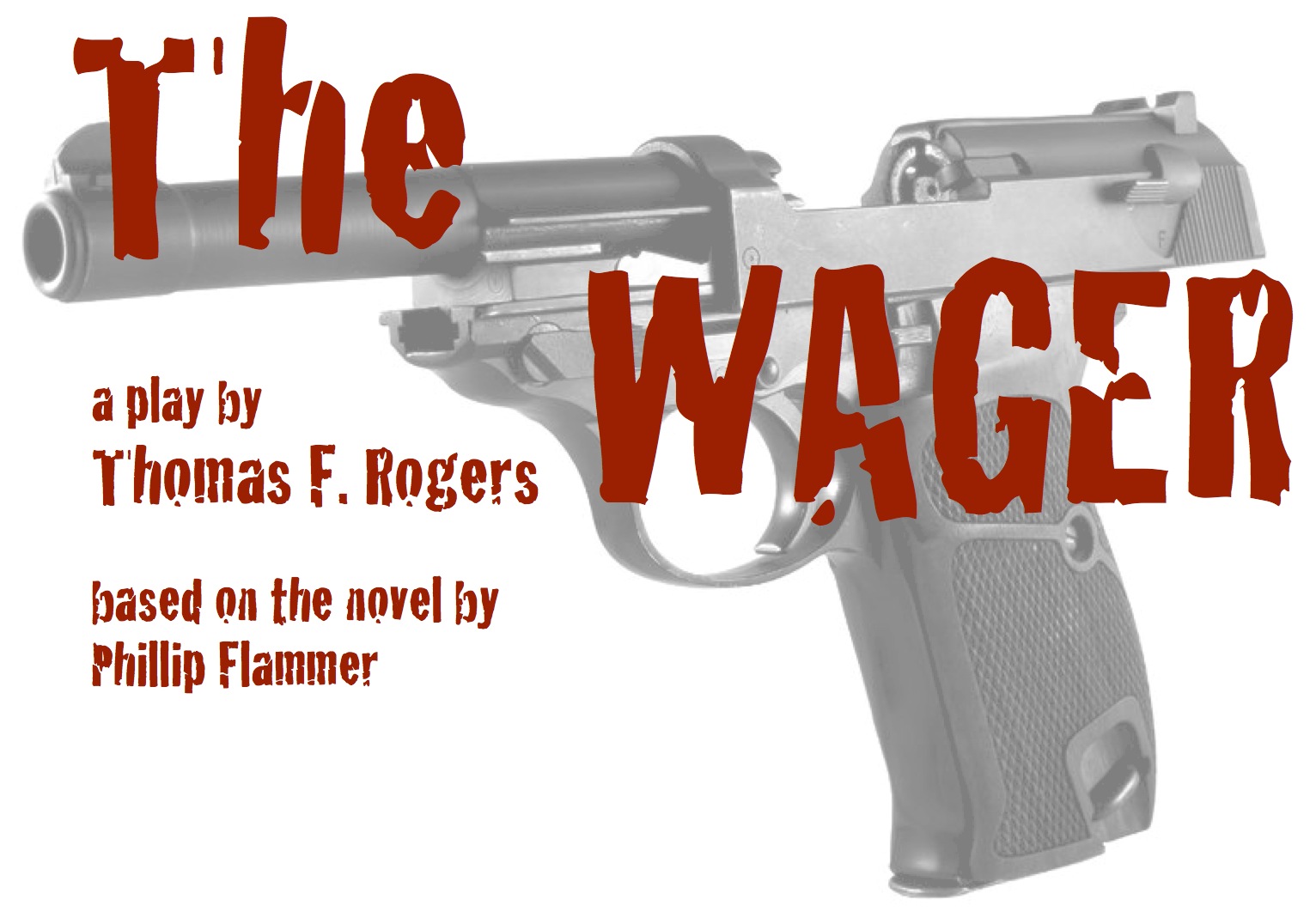 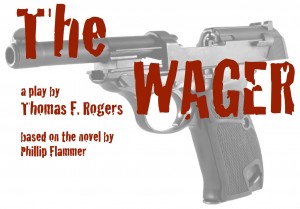 based on the novel by Phillip Flammer

The Wager is a tense dramatic adaptation of a novel-length manuscript by Air Force pilot and Professor of History, Philip Flammer. The play is set in 1945, at the end of World War II. Eight Nazi soldiers, two of them severely wounded, find themselves caught in a shack in a wood surrounded by Soviet troops. Their urgent goal is, somehow, to escape the Russian soldiers and make their way through the forest back to their own lines, but as the most experienced soldier among them, Sergeant Reinberger, explains after returning from a solo reconnaissance mission, the Russians are so thick in the woods that, particularly with wounded men, escape is impossible and death inevitable. The dramatic question is then, how might it be possible to escape? Several schemes are put forward, including killing one or both of the wounded men, and the various plans reveal the true characters of the stranded German soldiers. Even with their wounded and in spite of their fighting, we think they just might make it. Until there is a stupid bet between two of the soldiers. With fateful consequences, the most reasonable and well intended among them, a former professor, approaches and speaks to the approaching Russians.

“…among the tautest of Rogers’s plays.” —Tim Slover, Professor of Theatre at the University Of Utah

a play by
Thomas F. Rogers
(based on the novel by Phillip Flammer)

THIS NOTICE MUST APPEAR IN ALL PROGRAMS, ON ALL POSTERS AND PUBLICITY MATERIALS AND INTERNET ADVERTISING/WEBPAGES FOR THE PLAY:
“The Wager is presented through special arrangement with Leicester Bay Theatricals.  All authorized materials are also supplied by LBT, www.leicesterbaytheatricals.com”