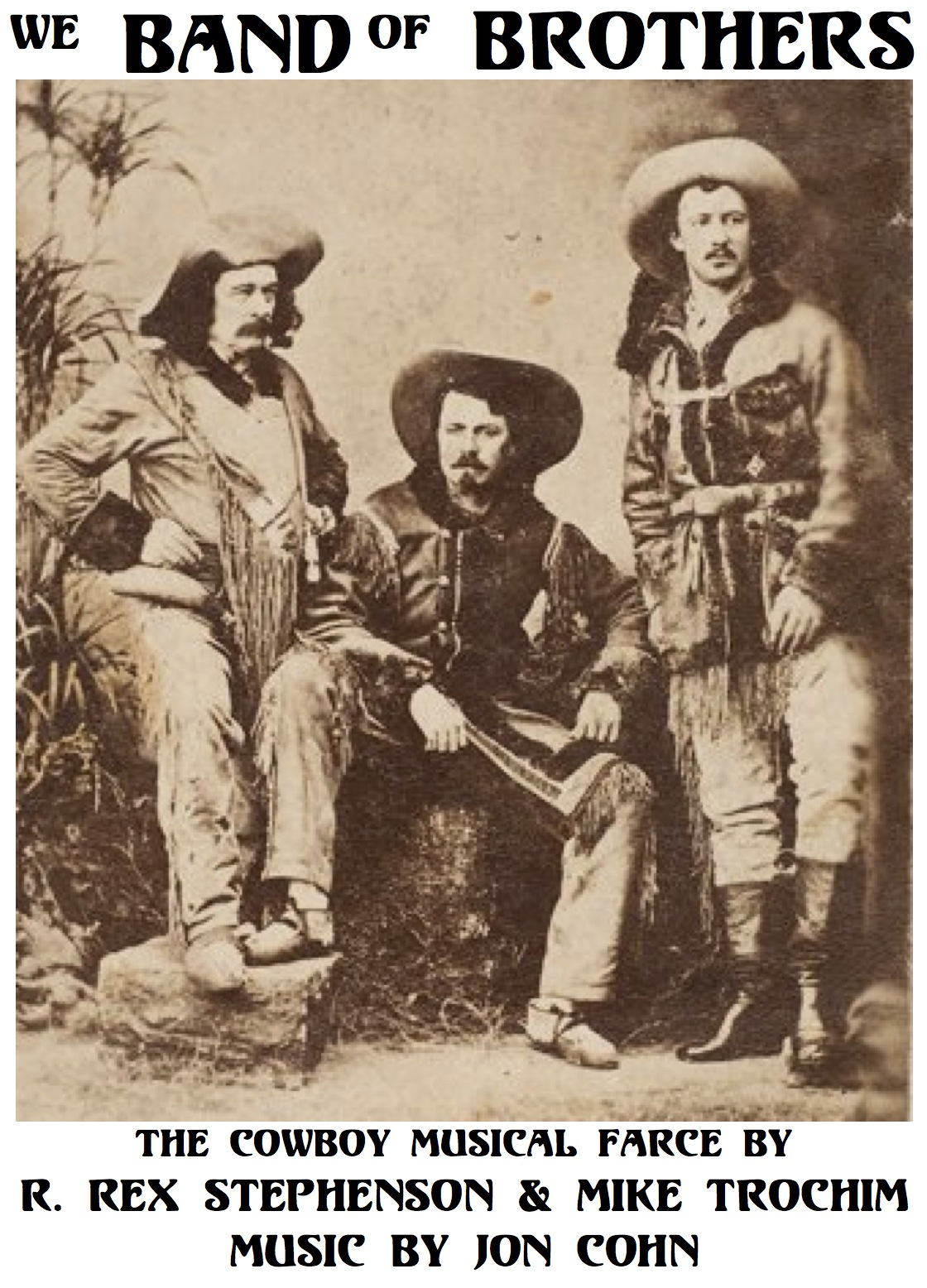 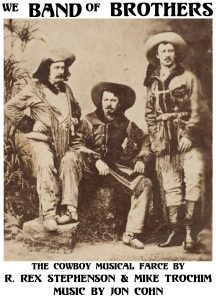 A two-act musical about the real life theatrical exploits of Buffalo Bill Cody, Wild Bill Hickok, and Texas Jack — taken a step or two further! The time is 1870, in Chicago, where three legends of the Old West trade their horses and buckskin outfits for make-up and store-bought costumes. Confronted by lines to memorize, Irish stockyard workers as Indians, and an Italian opera singer portraying an Indian Princess and more bizarre casting—this is a true story of American heroes on the stage. The only thing this farce is missing is five doors. (or seven doors, depending on which side of the Atlantic you are on.) The physical comedy is priceless. The situations are classic. “Let’s put up a play in five days (one that isn’t even written yet) and become famous, with no professional actors or even any money to mount the show.” A premise like that seems slim, but it worked! The original show that this musical is based on was called, “Scouts of the Prairie.” The show went on. It ran for several years. The musical itself was very successful in a summer run in 2000 at the Blue Ridge Dinner Theatre in Ferrum, Virginia.

DEMO SAMPLES (These demos  are without vocals. An instrument other than a piano plays the melody.)

The following is how the credits should read in all programs, posters, fliers, handbills and other promotional advertising for the show:
We Band of Brothers

THIS NOTICE MUST APPEAR IN ALL PROGRAMS, ON ALL POSTERS AND PUBLICITY MATERIALS AND INTERNET ADVERTISING/WEBPAGES FOR THE PLAY:
“We Band Of Brothers is presented through special arrangement with Leicester Bay Theatricals.  All authorized materials are also supplied by LBT, www.leicesterbaytheatricals.com”