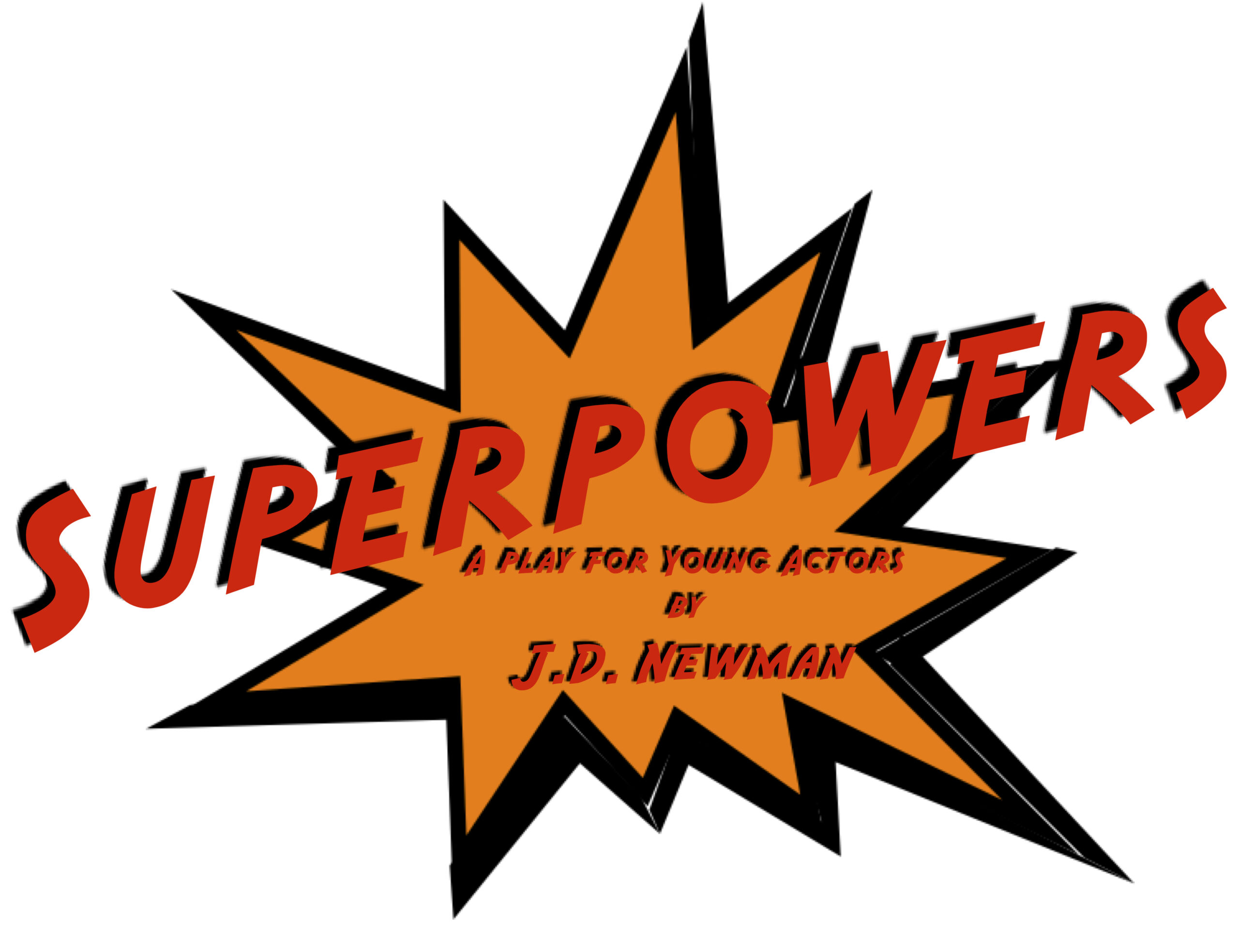 A SUPER Play for Young Performers!

Three groups meet for the first time: The Newcomers, The Remainers, The Leavers. All with superpowers, and the chains that go with them. A group of young people, traveling by train to a secret government facility in the Rockies, discover that the only thing that they have in common is that they each have uncommon abilities. As they arrive at The Facility, they discover other young people who have been secluded there until their “superpowers” can be controlled or neutralized. The youth combine forces to escape and make their way to a safe haven where they will be able to choose their own destinies. Will they give up their powers, use their powers to help the group live independently, or learn to restrict their powers so they can return to their families? Interesting note in the creation of this play. The characteristics of the 14 youth characters were established by young people in the Noorda Theatre Summer Camp’s youth play program. The young actors shaped the characters they portrayed and determined their characters’ final choices. The playwright then put it all together in its final form. (You can learn more about this in the book: NOORDA THEATRE YOUTH PLAYS available with a link below.)

Superpowers
A Play for Young Actors

THIS NOTICE MUST APPEAR IN ALL PROGRAMS, ON ALL POSTERS AND PUBLICITY MATERIALS AND INTERNET ADVERTISING/WEBPAGES FOR THE PLAY:
“SUPERPOWERS is presented through special arrangement with Leicester Bay Theatricals.  All authorized materials are also supplied by LBT, www.leicesterbaytheatricals.com”