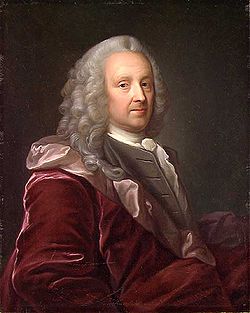 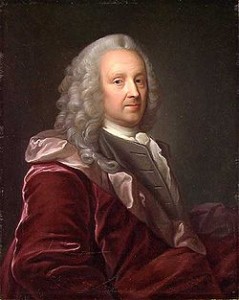 First about the Anthology:

Jeppe of the Hill and Other Comedies by Ludvig Holberg Adapted and Translated by Gerald Argetsinger and Sven W. Rossel

Ludvig Holberg, (1684-1754) Baron of Holberg, was a writer, essayist, philosopher, historian and playwright born in Bergen, Norway, during the time of the Dano-Norwegian double monarchy, who spent most of his adult life in Denmark.

Included in this Anthology (Published by Southern Illinois University Press) are the following titles:

These eight comedies comprise the most extensive collection of Ludvig Holberg plays ever offered in the English language.
The translators’ general introductions establish a cultural context for the comedies and break new ground in understanding the importance of Holberg’s comic aesthetic. Argetsinger’s extensive experience in theatre and Rossel’s preeminence as a Scandinavian Studies scholar assure that the translations are not only accurate but stage-worthy.
The collection opens with The Political Tinker, the first Danish play to be produced in the new Danish Theatre, and ends with The Burial of Danish Comedy, literally the funeral service for the bankrupt theatre. Three more of Holberg’s renowned character comedies follow, Jean de France, Jeppe of the Hill, and Erasmus Montanus, along with his literary satire Ulysses von Ithacia. The final two plays demonstrate his ability to write shorter comic works, The Christmas Party, a scathing comedy of manners, and Pernille’s Brief Experience as a Lady, a situation comedy that satirizes the practice of baby-switching.

CLICK HERE TO PURCHASE THE ANTHOLOGY (No production rights included)

are published for production by Leicester Bay Theatricals
and have been Adapted and Translated by Gerald Argetsinger and Sven W. Rossel

SIX of the EIGHT plays in the anthology are given new theatrical life in these Acting Editions:

[Click on any title to take you to the product page]