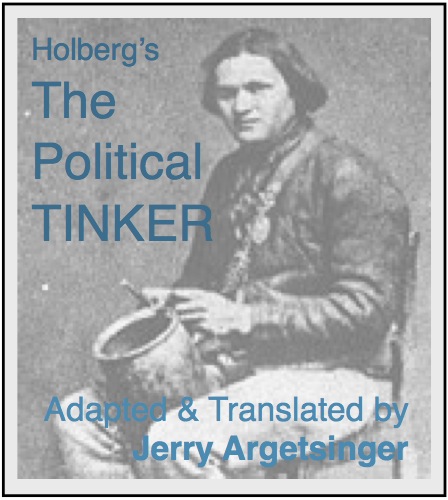 Adapted and Translated by Jerry Argetsinger and Sven Rossel

The city council in Hamburg, Germany has been at odds with many of its citizens over several important issues. Herman von Bremen, a master pewterer, has established his own “political college” and is an outspoken voice against the local government.  Two of the elected city officials discuss the ridiculousness of Bremen and his naive political notions and agree to play a joke on him.  They convince him that the City Council has chosen him Mayor due to the ideas advocated by his notorious group. A series of comic situations demonstrate Bremen’s inability to conduct himself appropriately either politically or socially as mayor. His frustration is increased by the mounting attention he must also give his daughter with her increasingly complex marriage plans. When he has been tormented almost to the breaking point he is informed, to his great relief, that he is not actually the mayor and that his actions should convince him that the uneducated masses should not concern themselves with political affairs.

The following is how the credits should read in all programs, posters, fliers, handbills and other promotional advertising for the show:
The Political Tinker
by Ludvig Holberg
Adapted and Translated by Jerry Argetsinger

THIS NOTICE MUST APPEAR IN ALL PROGRAMS, ON ALL POSTERS AND PUBLICITY MATERIALS AND INTERNET ADVERTISING/WEBPAGES FOR THE PLAY:
“The Political Tinker is presented through special arrangement with Leicester Bay Theatricals.  All authorized materials are also supplied by LBT, www.leicesterbaytheatricals.com”