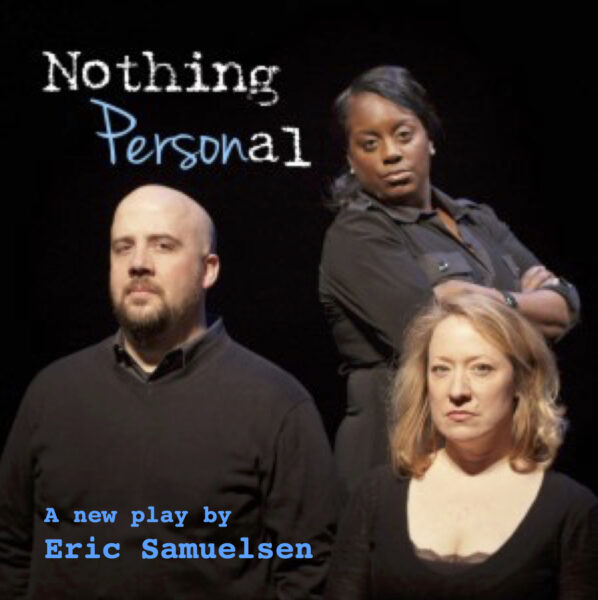 Is it defined by power? If so, it may not be truth at all!

From 1996-1998, Susan McDougal, a woman from Little Rock, Arkansas, married to Jim McDougal, an S&L owner, was under investigation by Special Prosecutor Kenneth Starr for her alleged complicity in the Whitewater case. Because she refused to testify before Starr’s Grand Jury, Susan McDougal spent eighteen months in federal prison, including 8 months in solitary confinement. David Hale, a main Whitewater witness, insisted that she had had an affair with Bill Clinton. She insisted that she had not done so, and would not lie about it in court. For that refusal, she was imprisoned. NOTHING PERSONAL is a play very loosely based on McDougal and her imprisonment. The idea that ‘truth’ is a function of power derives from Kenneth Starr. And the play explores a link between fundamentalist religious dogma and conservative politics. The play also echoes 9/11, symbolized by imagery of people leaping from the roof of a burning building. The play does describe ‘Susan’ as being mistreated in ways that Susan McDougal never was. No confusion is intended— the play simply needed to have a broader scope than the specifics of one case.  But Susan McDougal was abused in ways that would be unconscionable now, especially with more transparency. It was possible for government to hide thins then, that seemingly cannot be hidden now. The play’s primary motivation is the exploration of human-rights abuses and the curtailing of basic civil liberties by government, and the people in power.

The language, accusations, and situations are raw and not for audience members younger than 16-18. These themes are mature and disturbing.

As recognized by the Dramatists Guild of America, Plan-B Theatre Company is the only professional theatre company in the United States producing full seasons of new plays by local playwrights.

“Eric Samuelsen’s unrelenting dynamo of a play [NOTHING PERSONAL]…offers some of the best performances we are likely to see this season.” –– The Salt Lake Tribune

“Two Samuelsen plays [NOTHING PERSONAL and RADIO HOUR EPISODE 8: FAIRYANA] have been done so far in Plan-B’s ‘Season of Eric,’ and one major point already is clear: his writing leads to some of the strongest performances ever to grace the company’s stage.” — Selective Echo

Review: Plan-B’s Nothing Personal
by Scott Renshaw (City Weekly)
“I’m not wrong!” Kenneth (Kirt Bateman) bellows at Susan (April Fossen); “I can’t be!” It’s the culmination of a battle of wills between these allegorical stand-ins, based on Susan McDougal’s imprisonment on contempt-of-court charges by special prosecutor Kenneth Starr during the 1994 Bill Clinton/Whitewater investigation, because of her refusal to testify. And as the Susan in Eric Samuelsen’s play is subjected to ever-harsher tactics by Kenneth in order to get what he wants, the play’s title takes on a compelling meaning.
Because this isn’t just about the irony of people’s lives being shattered by procedural technicalities of an uncaring system. As Kenneth and Susan—terrifically performed by Bateman and Fossen—battle over the very concept of “truth” versus “reality,” Samuelsen digs deeper into the notion that 21st-century civil-liberties violations from Guantanamo to NSA spying are based on something intensely personal in the minds of those who justify the actions. It’s a collision between the world as they fantasize it should be—must be—and the world as it is.
Samuelsen tips his hand perhaps a bit too obviously by including a hallucinatory scene in which Kenneth accuses Susan of being part of a terrorist plot, and subjects her to “enhanced interrogation” of various kinds. But director Jerry Rapier’s intense staging—placing the audience on three sides of the stage space, and having Fossen pace around Susan’s cell even as audience members enter, while sleep-deprivation sound pierces the room—builds a mood that punches through the moments of didacticism. This one small piece of revisionist history becomes an engrossing harbinger of the way fear has given us a lot more to be afraid of.“

Nothing Personal
a new play

THIS NOTICE MUST APPEAR IN ALL PROGRAMS, ON ALL POSTERS AND PUBLICITY MATERIALS AND INTERNET ADVERTISING/WEBPAGES FOR THE PLAY:
“Nothing Personal is presented through special arrangement with Leicester Bay Theatricals.  All authorized materials are also supplied by LBT, www.leicesterbaytheatricals.com”