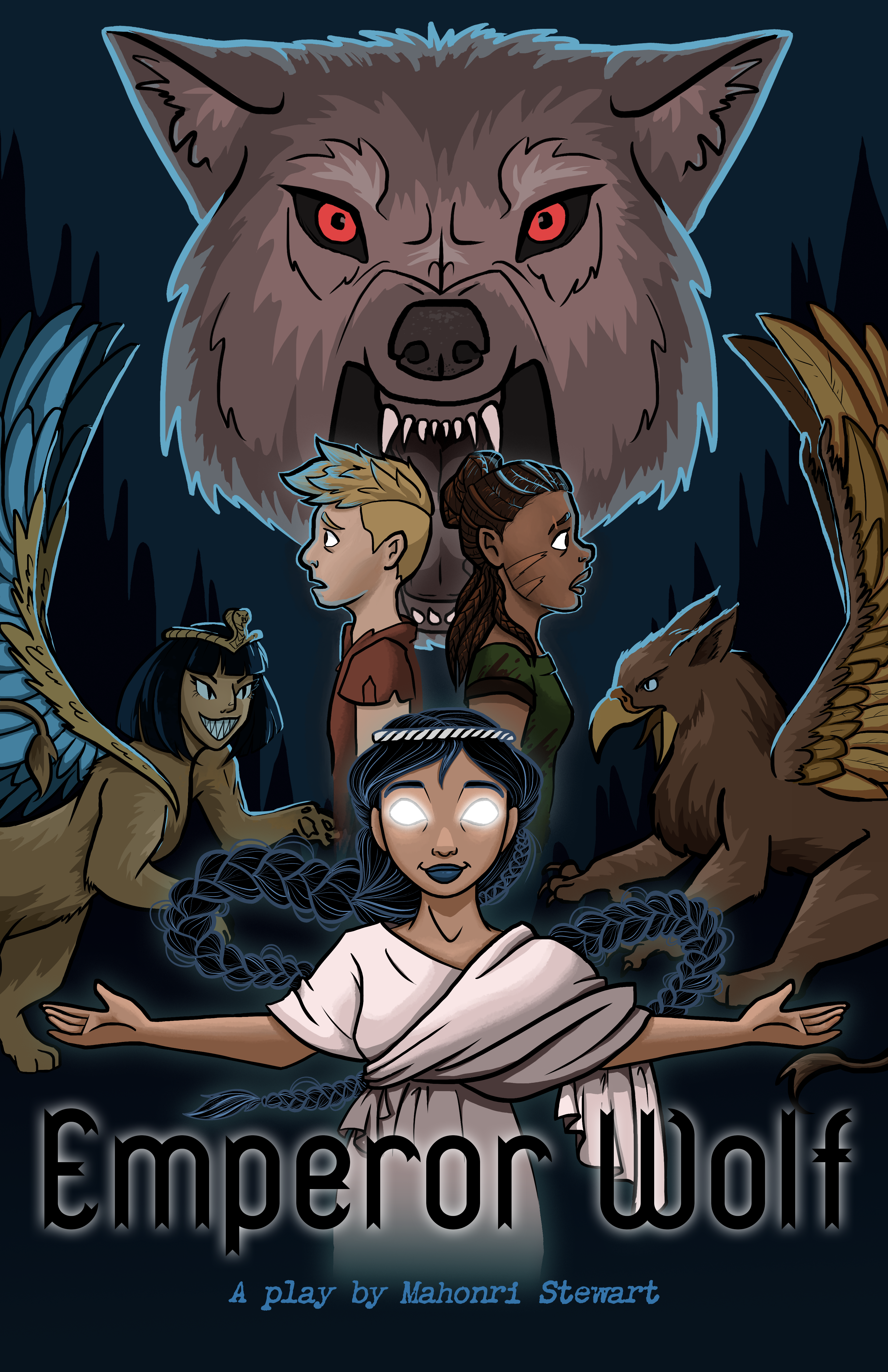 This post-apocalyptic fairy tale unfolds in a future earth torn apart by division and war, where mythical creatures have become the new ruling class. In this new world of sphinxes, griffins, fairies, and goddesses, none more fearsome than the Emperor Wolf. When Madeline and her blind mother Ebony meet the orphaned Shasta, they are pulled into a hero’s quest in which they confront this frightening new order and the Dark Being that has claimed the world.

Soon to be an animated film.

THIS NOTICE MUST APPEAR IN ALL PROGRAMS, ON ALL POSTERS AND PUBLICITY MATERIALS AND INTERNET ADVERTISING/WEBPAGES FOR THE PLAY:
“EMPEROR WOLF is presented through special arrangement with Leicester Bay Theatricals.  All authorized materials are also supplied by LBT, www.leicesterbaytheatricals.com”