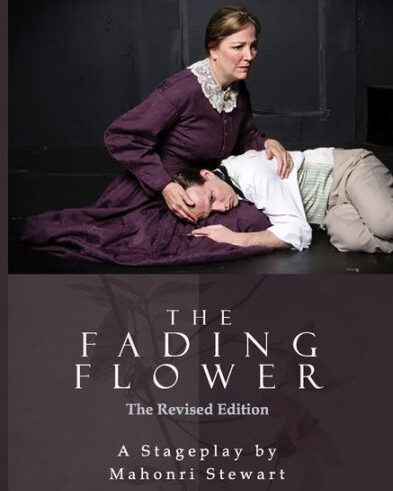 David Hyrum Smith is the youngest son of Joseph Smith, the first prophet of Mormonism. Yet, David never knew his father who was murdered by a mob before he was born. Raised by his powerful mother, Emma Smith, David must chart a new spiritual course as his brother Joseph III distances their family from Brigham Young’s version of Mormonism in Utah, while still seeking to honor their father’s place in the Restorationist movement. David’s search for the truth, however, brings him on a path full of peril, as he seeks deeper and deeper into his family’s past.

“Stewart is ever the writer of brilliant dialogue. This piece is so powerful and beautifully written it demands competent actors to match the material. These talented and sensitive actors are up to task and are superb . . . I am appreciative of Stewart’s courage in writing this bold, candid, historically authentic work honoring Emma Hale Smith. The play is an important historical achievement.” — Nan McCulloch, AML-List

“. . . looking at the issue through the lens of David becomes a powerful and uniquely Mormon reflection on the peril and promise of living in such close proximity to our historical legends. Of course, with such a controversial and painful topic at the heart of the play, Stewart could easily have veered into advocating a particular conclusion or lesson, but the play remains too sensitive and nuanced to be reduced to simple morals . . . it only succeeds in so accurately reflecting a Mormon sensibility by having the main characters all view Mormonism (as we know it today) from the outside . . . Stewart succeeds in capturing the historical Mormon sense of longing and exile even in a play about our own history.”— Nathaniel Givens, Times and Seasons

“I’m drawn to works like The Fading Flower that uncover previously untold stories from Mormon history. I think Mormon literature needs works that probe these unseen corners of the Mormon past, works that try . . . to get at the truth behind the mysteries and obscurities or go mad in the attempt.” — Scott Hales, The Low-Tech World

THIS NOTICE MUST APPEAR IN ALL PROGRAMS, ON ALL POSTERS AND PUBLICITY MATERIALS AND INTERNET ADVERTISING/WEBPAGES FOR THE PLAY:
“THE FADING FLOWER is presented through special arrangement with Zion Theatricals.  All authorized materials are also supplied by ZT, www.ziontheatricals.com”