Adapted and Edited by J.D. Newman

Following his father’s death, Bertram, the young Count of Rossillion, leaves home to attend the court of the ailing King of France, along with his friend Parolles. Helena, the Countess’s ward, is in love with Bertram, and reveals her affection to the Countess, who is sympathetic. She gives Helena permission to visit Paris in an attempt to cure the King of his ailment using a drug devised by Helena’s father, a physician.
Lafew, a lord at court, persuades the King to see Helena, and he is cured by her medicine. As a reward, she is offered a husband of her choice, and she chooses Bertram. He rejects her for her lack of social standing, but then accepts her rather than suffer the King’s anger. He decides to leave for Florence and the Tuscan wars, along with Parolles, abruptly sending Helena back home.
In a letter to Helena, Bertram vows that he will be her husband only if she can get the ring from his finger and prove she is pregnant with his child. Helena then leaves home secretly, ostensibly on a pilgrimage, but in fact going to Florence, where Bertram has acquitted himself well in the war. There she discovers he is trying to seduce Diana, the daughter of the widowed hostess of her inn. She reveals her identity to Diana and the Widow, and hatches a plan with them. Diana tells Bertram she will sleep with him, on condition that he gives Diana his ring. Helena will actually take Diana’s place, giving Bertram her ring in return.
In the meantime, some lords are trying to persuade Bertram that Parolles is a braggart and coward—an impression earlier conveyed by both Lafew and the Countess. They persuade Parolles to go behind enemy lines to retrieve a drum he has left behind. On his way, they pretend to be enemy soldiers, kidnap him, and blindfold him. In his interrogation, he readily betrays and vilifies his compatriots.
Peace is concluded, and Bertram returns to Rossillion, where the King is visiting. Everyone believes that Helena is dead, and there is a proposal that Bertram should marry Lafew’s daughter. Bertram gives Lafew his ring, but the King recognizes it as the one he himself gave Helena, and Bertram is arrested. Diana obtains entrance to the gathering and tells her story, which is shown to be true when Helena reveals herself. Bertram professes his love for Helena and they are reunited.

Available for ALL producing groups SOON.

The following is how the credits should read in all programs, posters, fliers, handbills and other promotional advertising for the show:
All’s Well That Ends Well
by William Shakespeare

THIS NOTICE MUST APPEAR IN ALL PROGRAMS, ON ALL POSTERS AND PUBLICITY MATERIALS AND INTERNET ADVERTISING/WEBPAGES FOR THE PLAY:
“All’s Well That Ends Well is presented through special arrangement with Leicester Bay Theatricals.  All authorized materials are also supplied by LBT, www.leicesterbaytheatricals.com” 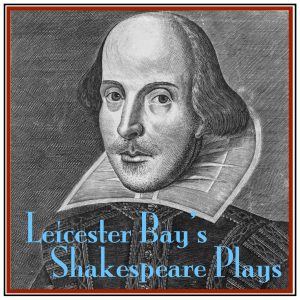