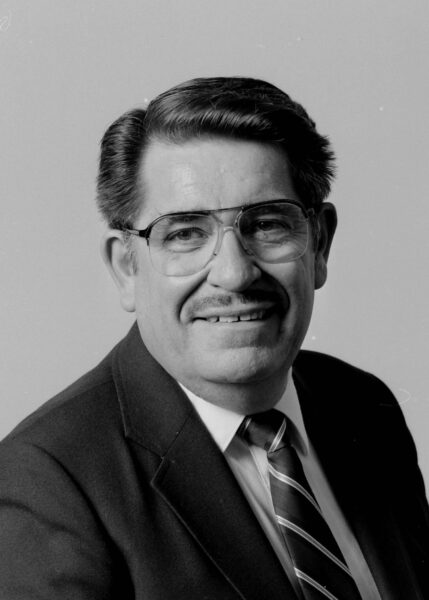 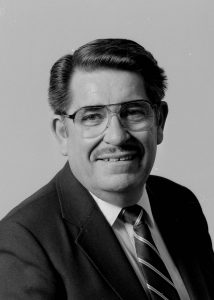 Dr. Maughan W. McMurdie, an operatic baritone and bass, taught in the music department at Western Illinois University as a full Professor, Director of Opera Theater, Choir Director and Voice Teacher and also performed throughout the region from 1969 until his retirement in 1992. He was an accomplished singer, pianist, performer and composer who often performed with his wife, Dorothy, also a talented musician, who died in 1996.
McMurdie received his bachelor’s degree from Utah State University in 1954. He served in the United States Air Force as a military-commissioned officer from 1954-57. He received his master’s degree from Brigham Young University in 1959, and worked on his doctoral degree at the University of Washington in Seattle from 1966-69.
An active member of The Church of Jesus Christ of Latter-day Saints, he was well known for his work as composer and musical director of “City of Joseph,” an outdoor historical musical performed in Nauvoo for 29 years. He also composed “Christopher: A Musical of Discovery,” commemorating the 500th anniversary of Columbus’ voyage to the new world. After the initial performance run it continued to be performed for 5 years on the riverfront on the full scale replica of the Santa Maria.
McMurdie began directing the Macomb Community Chorus in 1970, a leadership role he continued for 11 years, and he was the driving force behind the development of Western Illinois University’s Summer Music Theatre. In 20 seasons, he and his students produced 60 musicals. He was an active member of Rotary International, and a faithful member of the Macomb Noon Club, which he joined in 1970 and where he led members in song for many years.
He last visited Macomb in Spring 2005, when he was the guest of honor at Western Illinois’ College of Fine Arts and Communication gala benefit concert and reception that launched the Maughan and Dorothy McMurdie Musical Theatre Scholarship. Macomb Mayor Mick Wisslead also proclaimed March 26, 2005 “Maughan McMurdie Day” in the city.
Maughan passed on July 20, 2007 and is survived by 5 children and 14 grandchildren.