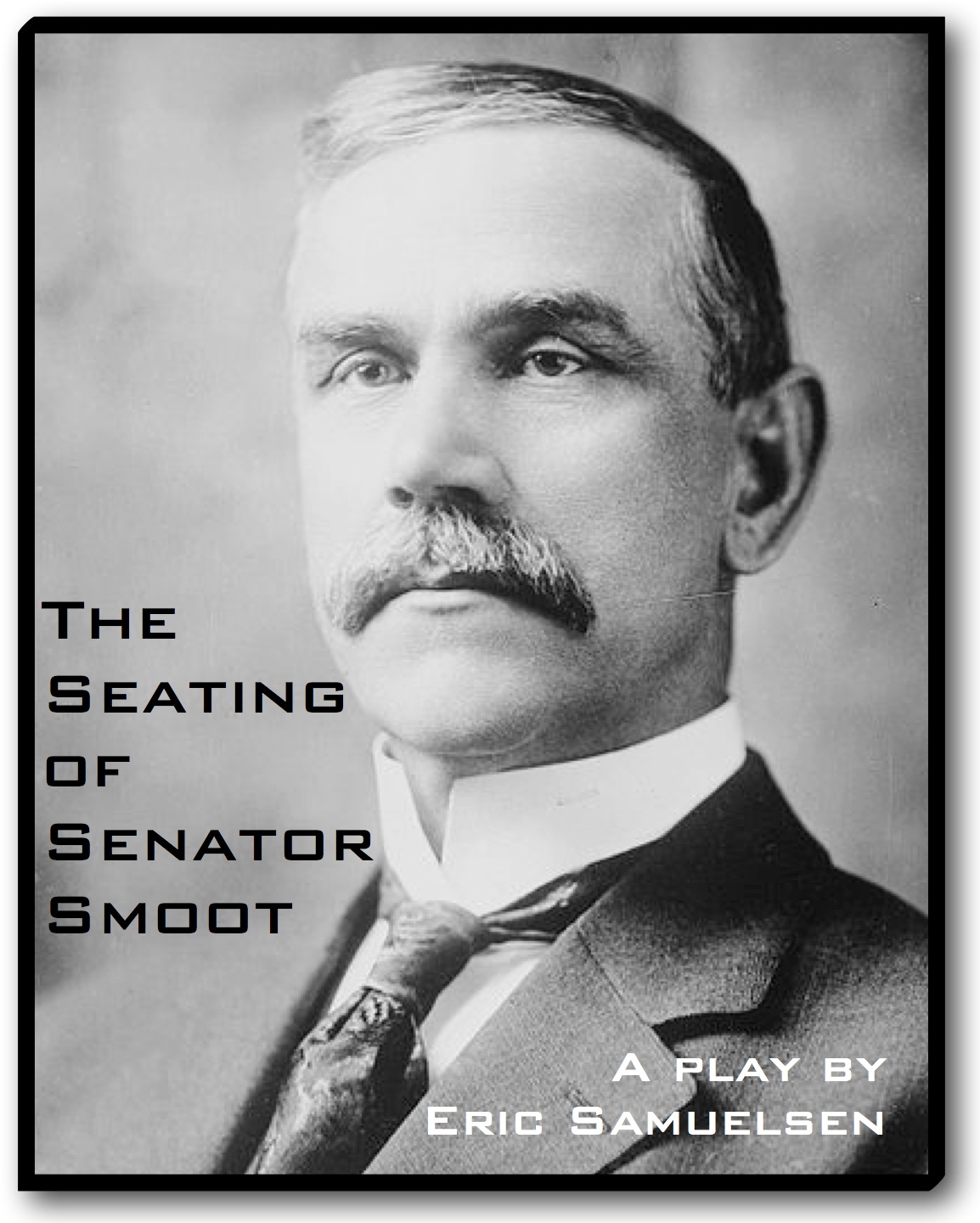 The plot centers around congressional hearings conducted early in the 20th century regarding the election of Reed Smoot, an apostle in The Church of Jesus Christ of Latter-day Saints, to the U.S. Senate. The major sticking point was, of course, polygamy — which Smoot did not practice. But it wasn’t  really Smoot who was under fire, it was the Church as this ‘practice’ was perceived to threaten family values. Most of the Anti-Mormon, Anti-Smoot issues were raised by Idaho Senator Fred Dubois and his wife. It is a dynamic play about personal integrity, religious hypocrisy and religious and political freedom and how those who seek to protect their own religious freedoms so often are the attackers of those freedoms for others.

The PERUSAL PAGES file (in PDF format) is available here: SeatingSenatorSmootPERUSAL It contains the first act of this three act play.