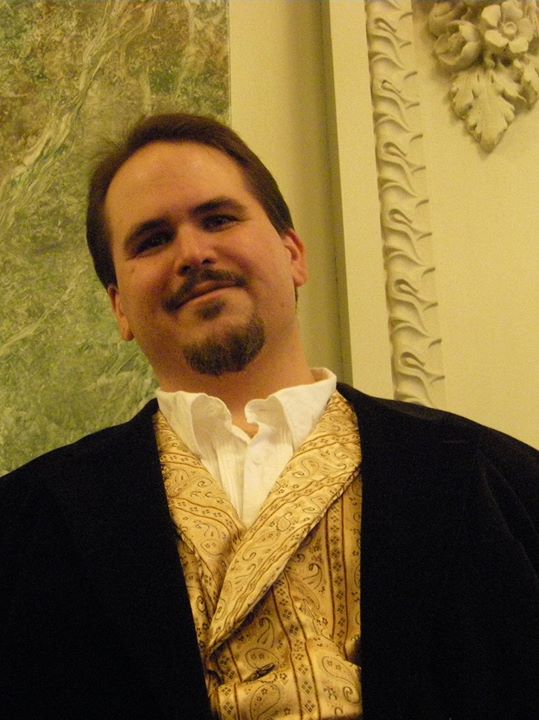 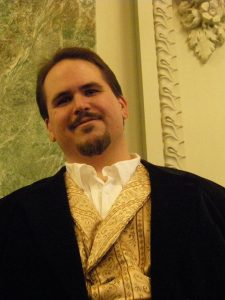 M. Ryan Taylor
I’ve written operas, dozens of choral works, art songs, song cycles, pop songs, children’s songs, hymns (are you noticing a trend toward vocal music?) as well as other works of chamber music . . . I’m also a hiker, recipe hacker, a multi-media artist, a choral conductor, a performing baritone, an ukulele/tuba/piano/pennywhistle and once-upon-a-time bassoon player, a son, a friend, a husband, a father, a sci-fi and Tolkien fan, a poet, a book-lover, a hymn-arranger, a gardener, a church organist, a some-time animator, a party-thrower, a concert-producer, a web-builder, a collector of music toys and oddities. These are some of the things that inform and shape my music.
OPERA: My first opera, Abinadi, was premiered, filmed and broadcast by Brigham Young University in 2003. I then self-produced, directed and performed in my second opera, The Other Wise Man : a chamber opera in one-act, based on the story by Henry Van Dyke, in 2006-7. My third opera, based on George MacDonald’s fairy tale, The Giant’s Heart, is a work in progress and may never be finished . . . I’m leaning in my heart a little more toward musical theater these days. In 2013-14 I’ve worked on co-writing a number of songs for Mark Stoddard’s Strangers In Nauvoo musical.
ART SONG: Some of the song cycles I’ve written include a teaming with The American Fork Arts Council Press to set poems by 10 living Utah-based poets; the result was a set of songs entitled, 3 Floors to the Grass. Other song cycle premieres include the Moon Songs on poems of Vachel Lindsay (winner of the Vera Hinckley Mayhew Composition Contest) by soprano Heather Chipman and pianist Dwight Bigler, A Light that Shames the Noonday Sun at the BYU 200th birthday celebration of Joseph Smith Jr. by tenor Lawrence Vincent and pianist Scott Holden, and All Heaven and it was One Hour Old (based on the Christmas poetry of Katherine Tynan) by soprano Venicia Wilson and pianist Lynn Jemison-Keisker.