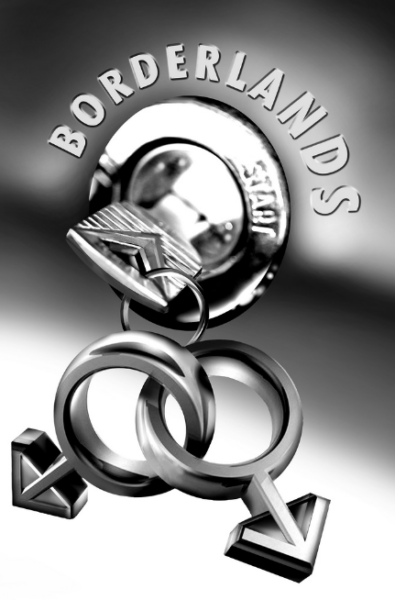 What’s it like to pretend to be perfect? What’s it like to be a Mormon but question your faith? What’s it like to be gay and LDS? What’s it like to live in the “Borderlands”? A powerful exploration of the difference between outward orthodoxy and true faith. This is not an easy play. It asks hard questions by presenting tough material in edgy situations. It deals with hypocrisy and self-righteousness but deftly avoids smugness or easy answers. In each of the characters we see a little piece of Eric himself. These four characteristics of Eric, as characters themselves, have a stirring, problematic and essential conversation with each other and that conversation is what BORDERLANDS is all about. This play is also about ‘coming out’ — but not in the way most traditionally thought about. The young gay character has already come out. It is the other three who have a need to ‘come out’ and discover what it is that they truly believe about who they are and how they are. Set in a used car lot in Provo, Utah this play is written with Latter-day Saint characters, but its philosophies and questions – its heart – are part of any Faith.

Jerry Rapier, Artistic Director of Plan-B Theatre Company in Salt Lake City, and the director of two readings of and the Plan-B production of BORDERLANDS, was a guest in a podcast with moderator and host, Stephen Carter of Sunstone Magazine, where he made the following observations:

“BORDERLANDS is a transcendent piece of theatre. It is an example of how theatre can change people’s lives.”

The question came up of ‘How can you be truly faithful and human without doubt?’ The answer is “You can’t.” Faith and doubt are necessary opposites that assist in that transcendence, in the mere living of a successful life. EDITOR’S NOTE: There is always doubt – until there is not.

BORDERLANDS remains one of the most successful plays ever produced in the entire (over 30 year) history of Plan-B Theatre Company.

THIS NOTICE MUST APPEAR IN ALL PROGRAMS, ON ALL POSTERS AND PUBLICITY MATERIALS AND INTERNET ADVERTISING/WEBPAGES FOR THE PLAY:
“Borderlands is presented through special arrangement with Leicester Bay Theatricals.  All authorized materials are also supplied by LBT, www.leicesterbaytheatricals.com”