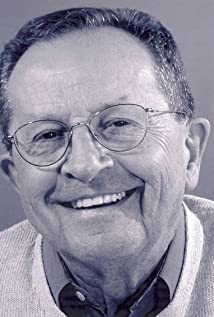 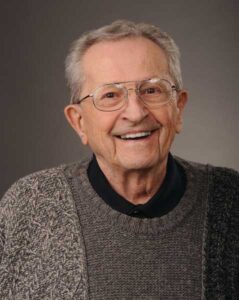 Dr. Charles Metten was born in Fort Bragg, California, on September 7, 1927. He earned both a bachelor’s and master’s degree in Theater Arts from UCLA and went on to earn doctorate in Speech and Dramatic Arts at the University of Iowa. During his 35 years as a BYU faculty member, Metten served the university in many capacities. He became the associate director of the Honors Program in 1970 and later served as the TMA department chair for five years, beginning in 1974. Metten is also known for developing some of the first film courses at the university with the strong support of Dallin H. Oaks, who was the president of BYU at the time. Two years after retiring from BYU in 1996, Metten became the founding dean of Southern Utah University’s College of Performing and Visual Arts in Cedar City. Metten was also heavily involved in the Tony Award-winning Utah Shakespeare Festival as a director, actor and administrator. Metten began his involvement with the Festival in 1966 when he directed Julius Caesar. He has since appeared as an actor at the Festival numerous times. In 2005, he began work at the Festival as the director of the Plays-in-Progress Program, nurturing new playwrights and their work through a program that has since evolved into what is now known as Words Cubed. He retired from SUU in 2004, but continued his work with the Festival. Metten retired from the Festival in 2017. He passed away on September 27 at the age of 91.

Letter From A Prophet (with Eric Samuelsen)