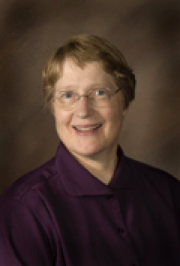 Eda V. Ashby was born (1954) in Connecticut to Ruth Card Ashby and William Cropper Ashby. She grew up in Chattanooga, Tennessee, where she studied piano and played violin in the city youth symphony. She received bachelor’s degrees in piano performance and family studies from BYU, where she sang under Ron Staheli. She received master’s and doctoral degrees from University of Southern California in choral music and took additional voice lessons from Michael Ballam. She taught voice and choir for nine years at Utah Valley University. She was hired at BYU-Idaho in 1999, where she has taught voice, choir, and various other music classes for over 20 years. She composes and arranges choral music for Brigham Young University-Idaho choirs, as well as writing hymns and sacred children’s songs. She enjoys writing both words and music. Commissioned by the 2007 Sacred Music Project at BYU-Idaho, she wrote the Tree of Life: Redemption, a scriptural oratorio on text of her choosing. She composes and arranges music for BYU-Idaho choirs and for church use. She also composed music (and words) for two children’s dramas, The Pied Piper of Scotland and for The Brementown Musicians. In addition, she has enjoyed reading, gardening, her pet cats, and preparing Christmas and patriotic concerts for the BYU-Idaho Conference Center. When writing, she works to have the music convey the message, encouraging people in light and truth. In her opinion, music should illuminate and serve the text/message, conveying truth to the heart.