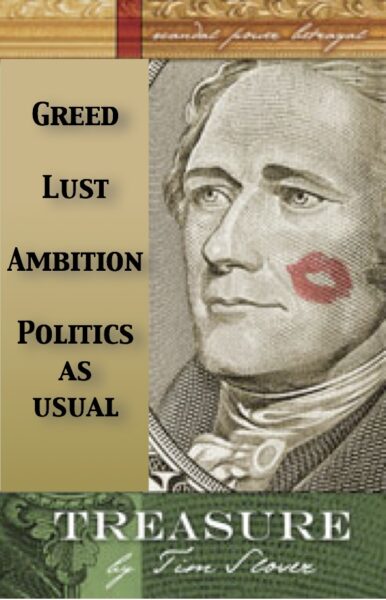 Ambition. Greed. Lust. Recklessness. Righteousness. Honor. Betrayal. Potential. All make for a chilling political drama. In this glimpse into the life of founding father, Alexander Hamilton, we delve a little bit deeper into early American history. Fifth grade social studies class taught many that Hamilton was a Revolutionary War veteran and a close friend of General and later President Washington’s, who appointed him as Secretary of the Treasury in his new government, but one might wonder what else there is to know about Hamilton. The play examines Hamilton’s conflicts between fidelity, desire, aspiration and honor. Hamilton’s personal indiscretions resulted in blackmail and corruption, as the husband of the woman he was dallying with tried to make a buck off the new Secretary of the Treasury. Speculation, stealing from soldiers, cheating… How can you salvage a marriage or a political future when you’re involved in something so sordid? Hmmm. Sounds familiar? Not much has changed.

The following is how the credits should read in all programs, posters, fliers, handbills and other promotional advertising for the show:
Treasure
a play by
Tim Slover

THIS NOTICE MUST APPEAR IN ALL PROGRAMS, ON ALL POSTERS AND PUBLICITY MATERIALS AND INTERNET ADVERTISING/WEBPAGES FOR THE PLAY:
“Treasure is presented through special arrangement with Leicester Bay Theatricals.  All authorized materials are also supplied by LBT, www.leicesterbaytheatricals.com”