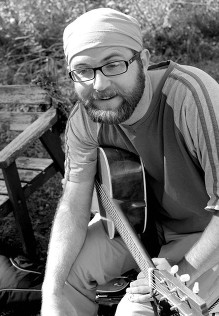 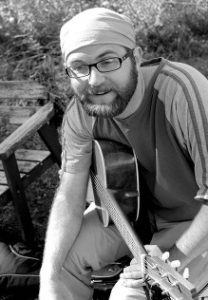 DEAN OLIVET — received a Music BA in Duluth around 2003. These days he teaches a lot of guitar and banjo lessons, and take care of his baby girl, Rosemary. He once directed a production of “The Fantasticks”, and shaved a bald spot in his head to play Stephen Spettigue in “Charley’s Aunt.” He has a French Horn Trophy, a Jug Band Trophy, a plaque that reads “Best Musical Act at the Minnesota Renaissance Festival”, and a deck of cards from when he played guitar for Minneapolis Musical Theatre’s production of “Tommy”. There’re five records out there with his music on them. He has done some other things and will do more.