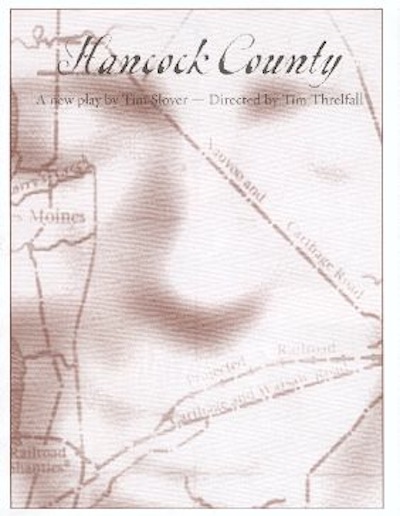 Compared by some to “A Man For All Seasons”

In 1844 the Mormon prophet Joseph Smith and his brother Hyrum were killed by a mob. The next year their accused assassins came to trial. Hancock County dramatizes that trial and the tensions between the Mormons, led by Brigham Young, and their enemies, who were trying to drive them from the state of Illinois.
“Hancock County” is a very fine play; an intelligent, thrilling, tightly-drawn courtroom drama/tragedy that unfolds into a meditation on America, violence, and forgiveness. It bears comparison to Robert Bolt’s “A Man For All Seasons.” — R. W. Rasband of Association for Mormon Letters
“Hancock County” moves swiftly from one scene to another, using and re-using minimal set pieces and props. It also employs the occasional dose of dry humor…” — Eric Snider, Provo Daily Herald

ZT Performance Licence Application  a filler form. No production rights can be granted until this application is filled out and sent to us.