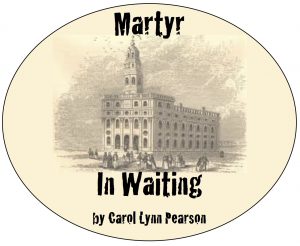 A group of young Latter-day Saint actors are putting on a play about the hardships of the early Saints. They are idealistically ready to follow those footsteps and are even envious of the early Saints’ opportunities to sacrifice. However, when they are called upon to make real sacrifices in the modern world they are not up to it.

Available to ALL producing groups.