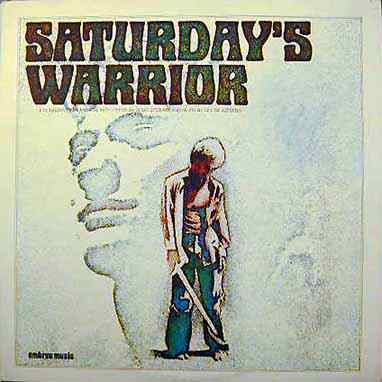 Book and Lyrics by Doug Stewart

While God’s kingdom has been established on the earth in times past …
This time is different.
The prophetic promise is that this time God’s kingdom will not be lost but will overcome the world.
The final restoration of God’s kingdom has commenced with unprecedented power and is being sustained by that same spiritual power and something more …

Reserved to come forth in these last days and labor for our Father and His Son are some of the most valiant and noble of our Father’s sons and daughters.

…you are these valiant and noble souls of our Father! You are the strength of the Lord’s house, His warriors! And because of your personal history, you were entrusted to come to the earth in these last days to do again what you did before —
— to once again choose good over evil, exercise exceedingly great faith, and perform good works —
and to do so in behalf of the kingdom of God on the earth and your fellowman!

It is our sacred responsibility as parents and leaders of this rising generation to bring them to the Savior.

While some of the doctrinal approaches found in Saturday’s Warrior have been questioned, the power of the message, the truth of testimony shared — of family unity, of a Savior who loves us and wants us with Him again — is undeniable. The show is an icon.  It is a powerful testimony-starter for those new to the Gospel of Jesus Christ. It is a unique and compelling testimony-maintainer for any who just need a boost; and for those who may have temporarily lost their way, like Jimmy Flinders, it is moving and persuasive in showing an individual’s worth to God, and a way back to him through a family and belief and Faith in the Son of God, Jesus Christ.

The music, the story — everything you remember can be produced by your own theatre group or Church unit. Here is a video (from YouTube) just to remind you what the story is really about.

SONG SAMPLES (not available due to contractual limitations)

THE PRODUCTION HISTORY OF SATURDAY’S WARRIOR: