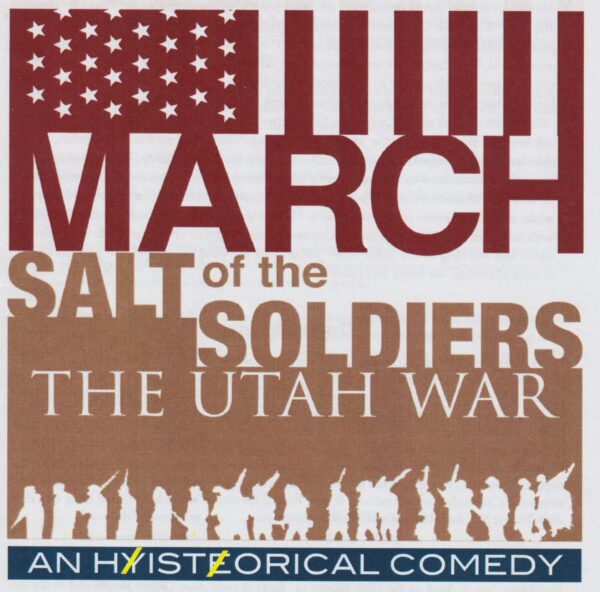 Commissioned by the Utah War Sesquicentennial Committee, this play takes a unique approach to Utah and Mormon history. It doesn’t tell the story of the Mormons’ conflict with the U.S. Government, Johnston’s Army marching to Utah, and the Mountain Meadows Massacre through a traditional 19th century narrative, but rather through the academic battles between historians familiar with the history and are trying to tell conflicting narratives of the story at an academic conference. Their personal lives and world-views come to the fore, as what should have been a dry, intellectual presentation becomes extremely personal battle over the way we tell history. 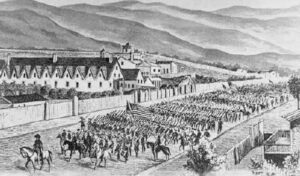 “The authors did a particularly good job in writing something that was both informative and interesting. The script transitions gracefully between hard information about ‘Buchannan’s Blunder’ and plot and character development. The interpersonal relations of the characters prove that the issues of church vs. state and Mormons vs. non-Mormons that led to the Utah War are still problematic today.”  – Mel Sundquist, UVU Review

The March of the Salt Soldiers

THIS NOTICE MUST APPEAR IN ALL PROGRAMS, ON ALL POSTERS AND PUBLICITY MATERIALS AND INTERNET ADVERTISING/WEBPAGES FOR THE PLAY:
“THE MARCH OF THE SALT SOLDIERS is presented through special arrangement with Leicester Bay Theatricals.  All authorized materials are also supplied by LBT, www.leicesterbaytheatricals.com” 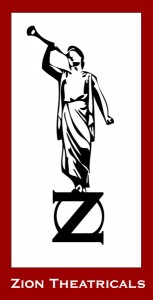