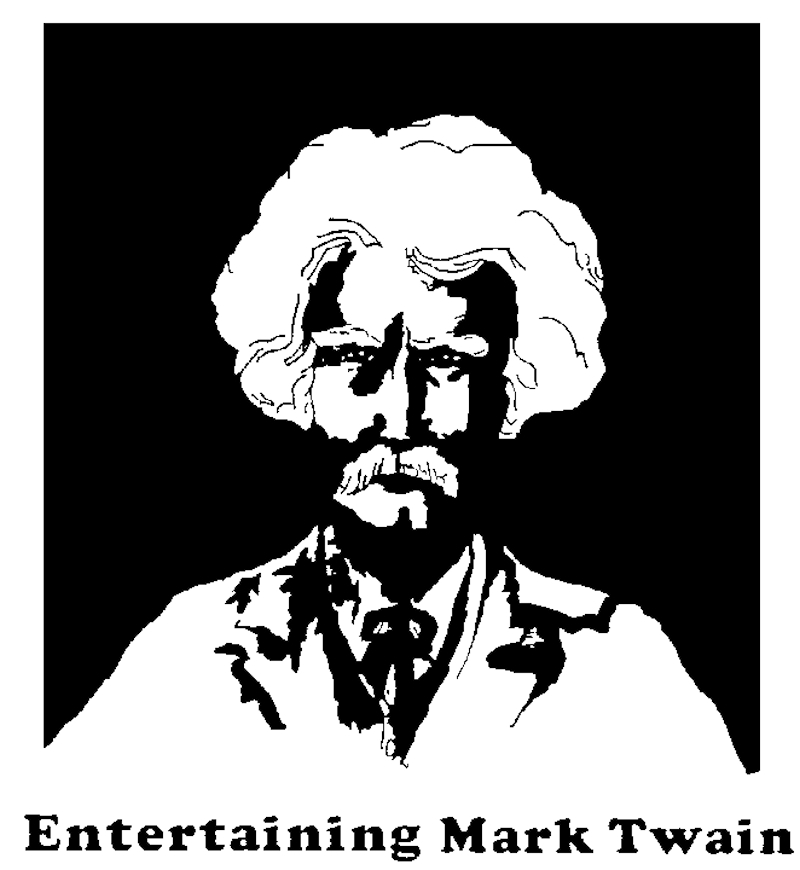 Thrill to the “War Prayer”! Laugh and cry at the new version of “The Diary Of Adam and Eve” It’s a wonderful show fully packed with Tom, Huck, Becky, Edward Tudor, Tom Canty, Sir Boss and Sandy, The McWilliams’ and oh, yes, Mark Twain himself is the narrator and your host for the evening. The cast can be made up of all young people or it can mix youth and adults for a delightful show.

Many crossover pieces and short sketches, using Mark Twain’s own wonderfully skewed observations on human behavior, have been adapted to engage each person in the cast, especially women and girls.

Several of the lyrics to the songs are based on Mark Twain’s poems.

This show can be produced with a piano only, or can add Bass and Drums. A small orchestra is also available. (See below)

Other Twain favorites, The Adventures of Tom Sawyer, The Adventures of Huck Finn and the short play, The War Prayer are available from Leicester Bay Theatricals. While The Diary of Adam and Eve is part of Entertaining Mark Twain, if you wish to produce that title as a one-act play, it is available to be produced separately from Eldridge Plays and Musicals HERE

The selected songs below are instrumental demo versions from the FINALE Music Notation files.

Script compiled and adapted by

THIS NOTICE MUST APPEAR IN ALL PROGRAMS, ON ALL POSTERS AND PUBLICITY MATERIALS AND INTERNET ADVERTISING/WEBPAGES FOR THE PLAY:
“Entertaining Mark Twain is presented through special arrangement with Leicester Bay Theatricals.  All authorized materials are also supplied by LBT, www.leicesterbaytheatricals.com”