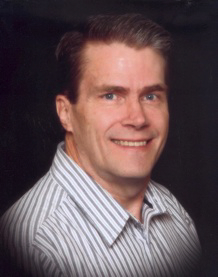 C. Michael Perry — Mr. Perry has had a vast and diverse career. Born in Colorado and raised in Chicago, he found the theatre at age 14 and has made all or part of his living in theatre, film and television since then.
He has worked in both network and public television, national and regional commercials, creating shows for PBS, where he won an Emmy Award for his PBS children’s program, Cinderabbit!, which also won him a “Best Of The West” Public Television award. While at PBS he worked with James Coco, Rene Auberjonois, Peter Coyote, Barnard Hughes, Mildred Natwick, and was also able to be a dialogue coach for Dame Judith Anderson in the PBS series Showcase.
On the Donny and Marie Show and The Osmond Family Hour at ABC, he worked with such stars as Buddy Hackett, Andy Griffith, Bob Hope, Paul Lynde, Robert Conrad, Harvey Korman, LeVar Burton, Ann-Margret, Betty White, and Ruth Buzzi. He also choreographed a number for Dick Van Dyke for an ABC-TV Special.
As an Actor/Performer he has played in front of live audiences across the US and Europe in numerous plays and musicals.
He has directed over 60 shows on the professional, regional, community and education level, including: Amahl and the Night Visitors, Hansel and Gretel—Utah Lyric Opera; Oliver, The King and I—Alhambra Playhouse; Big River (Choreographer/Music Director)—Sundance Summer Theatre, The Honorable Urashima Taro—BYU,
After this professional life, Mr. Perry turned to teaching, where he inspired high school students in public schools for 14 years.
He is an award-winning Composer-Lyricist and Playwright of over fifty plays and musicals, most of which have been produced nationally, internationally and published. (See lists below)
He is a member of The New England Theatre Conference, Maine Arts Commission, The New England Foundation for the Arts, and ASCAP, and is a graduate of Brigham Young University with a BA in Theatre.

Why I Write for the Family (an essay about my writing mission, is at the end of this page)

Here is the Link to my personal website: cmichaelperry.com

Here is a link to my Amazon Author Page

MUSICALS at Eldridge Plays and Musicals

(Yes, we’re sending you off -site, but only if you’re interested in any of the following:)

Why I Write (and publish) For And About The Family

(Sort of a mission statement)

I believe that the family is the central organizational unit of this world. There is nothing that compares to it and there is nothing that can replace it. I am speaking of all types of families — traditional and non-traditional. It is of unique structure. It is of paramount importance. Where there is love, caring, bonding, blood-ties, ties of duty, responsibility and authority; where there are co-importance and interdependence, that is where you may find a family.

I write plays, musicals, novels, stories and songs — and anything else — in support of The Family. I create so that each family can reaffirm, from what I write —  can pluck from it — something that they need, whether they knew they needed it or not — those somethings are what make each family uniquely special, different — viable.

I write for the child in all of us. Whether that child is of the age of a child, or has grown beyond those childhood years and into adolescence, young adulthood, or has become a parent themselves, or aunts and uncles, or grandparents — or even great grandparents — I hope that something in my writing will touch each one of them in some way that reminds them that we are all children — all members of The Human Family — along with those other relationships that sustain us and draw us close.

Whether it is exploring the individuality of each family member that helps create a family, or fathoming the unity of the individuals within a family, I think it is important to probe all the dynamics involved in making up the greatest unit ever created: The Human Family.

I want families to read together; attend the theatre together; watch films together; sing songs together. Discuss. Talk. Communicate. I want children to ask the difficult questions. I want parents [and others] to answer those questions openly and honestly; completely. I want the world to fight the approaching plagues, not give in to them. Preparing our families for the battle against the coming foe will prepare the world for a possible victory in those battles.