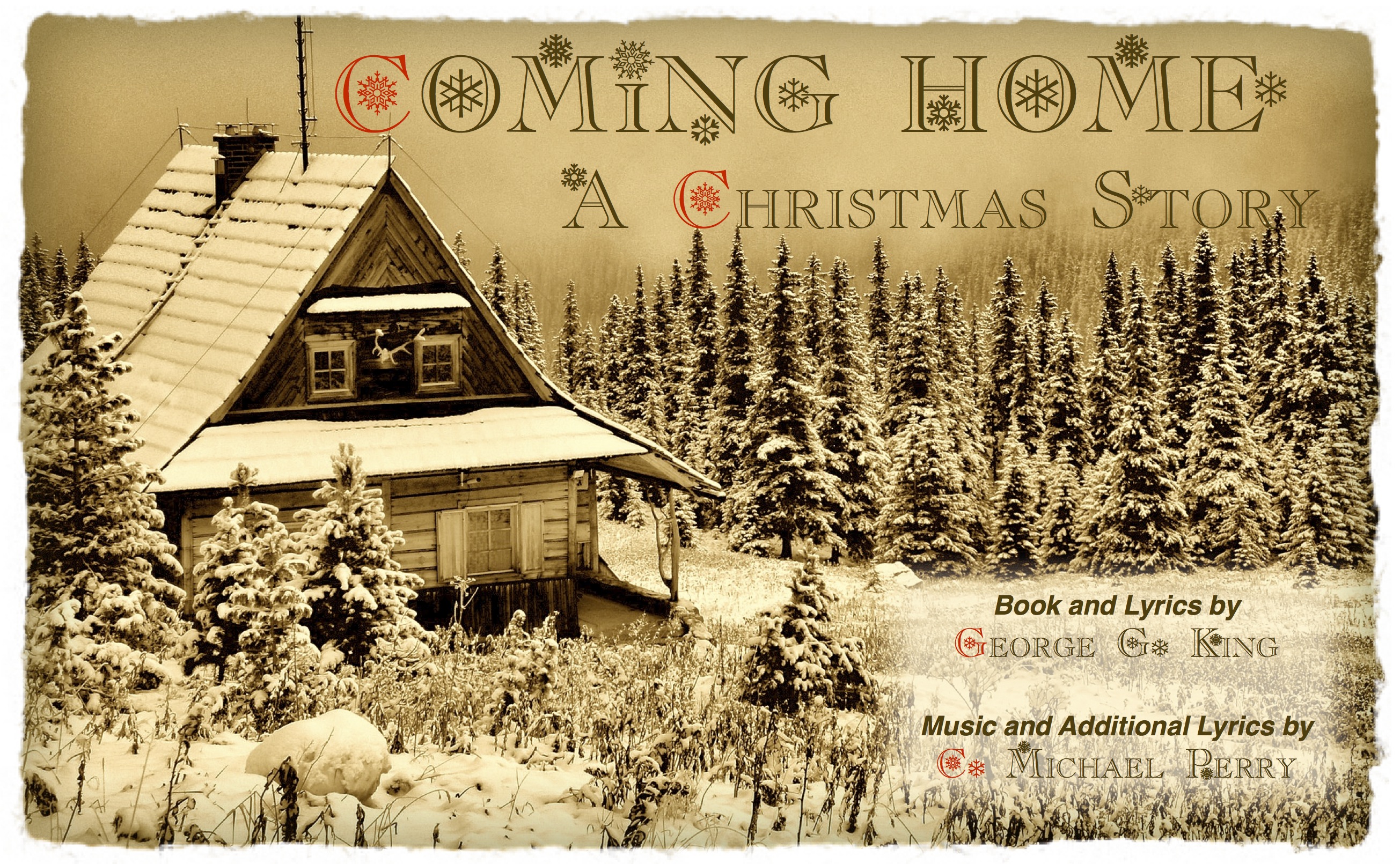 On the night of the great blizzard of 1953 a young couple find their way to the Herstoller Hotel, a mountain inn. She is pregnant. Their car has broken down just outside. They are looking for a room. The innkeeper’s wife is leaving; she has had it. As her husband enters they begin to air their personal laundry in front of these young strangers. But a busload of entertainers is on their way, and though the inn is all booked up––the beds aren’t made, yet! The wife leaves. The young couple is turned away. The daughter of the innkeeper, and her boyfriend, arrive. The innkeeper’s wife re-enters with the young couple in tow, and she needs a doctor–– right away. What no one in the play seems to realize is that they are all in the process of coming home. A modern and subtle retelling of the Nativity.

PERUSAL SCRIPT: The PDF of 1/2 of the script is available: ComingHomePERUSAL

DEMO SAMPLES: The DEMO MP3s below are non-vocal. They are made from the FINALE MUSIC NOTATION file with an instrument playing the melody. The lyrics are in the perusal script.

PREMIERE: just waiting for your theatre’s name here (a premiere production will be able to make special royalty arrangements with the authors)

The following is how the credits should read in all programs, posters, fliers, handbills and other promotional advertising for the show:
COMING HOME: A Christmas Story

“Coming Home: A Christmas Story” is presented through special arrangement with Leicester Bay Theatricals.  All authorized materials are also supplied by LBT, www.leicesterbaytheatricals.com”