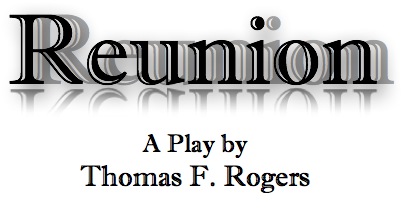 On the weekend of an LDS general conference, the Robison family’s three oldest children, now living away from home, have come together to celebrate the missionary farewell of their youngest brother Billy. They are also concerned about their father Arthur who, they discover, is dying of cancer. Despite their desire for an agreeable reunion, the older children’s misfortunes, grievances and mutual antagonisms soon rise to the surface: Chris, an airline stewardess, maintains a clandestine liaison with her pretended fiancé, a married man. Wayne, a school teacher, who did not complete his mission, is sour about people in the church and ready to abandon his career and family. Jerold, a prosperous broker and active churchman, resents the others’ “liberality,” while his doctrinaire manner has alienated his own teenage son, who recently left home.  While fretting over the many surface manifestations that all is not right in their children’s lives, Arthur’s wife Mildred tries to put a pleasant face on things. In turn, Arthur maintains a stoic and tolerant facade. Wayne and Jerold finally square off with a classic debate that touches upon practically every area of controversy that was ever argued between Mormons. This triggers Arthur’s reminiscence about his earlier days as a seminary teacher, an oil stock fraud, his brother Fred’s consequent suicide, and even his first son Larry’s death in Vietnam—all somehow related. Disillusioned by the cumulative spirit of contention and incrimination, Billy shocks the others in the presence of the home teachers by threatening not to serve his mission. The family’s feelings of alienation and despair reach a turning point only after Arthur breaks down at the announcement that the man he has all along blamed for his own misfortune is a newly appointed General Authority.  As Arthur admits that he is unforgiving and has all along tried to manipulate his children, they feel freer to recognize their own shortcomings and to become reconciled.  Arthur’s remorse prompts Billy to forget his own bitterness and to console his father. Arthur then asks his sons to give him a blessing, and, as they do so, Mildred and Chris looking on, all are reunited. None of their problems is fully resolved: Billy is still unsure if he will embark on a mission, but the atmosphere is one of peace and mutual compassion, of budding faith. And there is hope.

The play contains some mild language that can be edited. But the situations of a family in crisis cannot be mitigated, except through the exploration by the characters on the stage. It is through that catharsis that the audience will find their questions, and maybe be able to answer them.