A Month In Italy…In A Castle…

Book and Lyrics by Elizabeth Hansen

based on the novel by Elizabeth Von Arnim

TO CHECK ON AVAILABILITY IN YOUR AREA OR FOR YOUR THEATRE

OR, TO LICENSE THIS MUSICAL FOR A PRODUCTION BY YOUR THEATRE COMPANY OR GROUP VISIT:

In the beginning, Lotty  is a mousey, dowdy, though, becoming woman who is a “seer of all things.” She is candid, sincere and guileless, so much so that it both intrigues, charms and annoys. It’s her yearning for a respite from her dreary and loveless life that propels her toward the enchanted April where she blossoms into the confident, strong, desirable woman hidden beneath.

Rose is a rigid, reserved and sad sort of woman buried in her self-imposed restrictions and charitable duties. She and her husband, whom she is unable to approach, have grown apart since the death of their only child. Since her son’s death, she has immersed herself in “good works” as a sort of “atonement” for his passing.  She longs for a bit of beauty in her life and a rest from her endless charities.

Mrs. Fisher is a forthright and solid woman ensconced in a world of dark dusty old things and who is on the verge of being a “dusty old thing” herself. She does not “suffer fools gladly” and is intolerant of impertinence, idiocy and youth.  She believes her way is the only way.  She pines for a place she can sit and remember her remote youth and happier days.

Lady Caroline is a stunning yet, at times, melancholy beauty who has sustained her despondency with liquor and money, and she prefers the liquor.  She is prey for any man who lays eyes on her and she’s sick of it. She is sick of her station, her life, her parents, her…everything and aches for a place she can ponder the existential questions facing her.

Mellersh is a handsome, distinguished an overbearing solicitor. Embarrassed by his wife, and used to domineering Lotty in all things, he has long since discounted her as a lost cause and has been able to find an acceptable state of tolerance in his married life. Meticulous in his appearance and ambitious in nature, success and partnership in his law firm is all he wants.

Frederick is an amiable man hovering on the precipice of middle-age. With a slight paunch and kind face, he is confused by his current relationship with Rose and a bit baffled by her and her charitable “causes.” A successful author of lurid novels (under the pen name of “B.D. Baxter”), Frederick misses his wife…the wife he remembers from their youth and wonders if she will ever return to him.

Briggs is the owner of San Salvatore, the Italian castle in Italy.  He is a respectable-looking, bespectacled, solitary man. Wealthy, but unassuming, Briggs is smitten with Rose upon their first meeting. Assuming she is a war-widow, he pursues her to Italy as he wishes for the family and home he’s never had, and sees that possibility in Rose.

Francesca is San Salvatore’s long-suffering housekeeper and cook. She tolerates all her employers visitors to Italy, and does her best to feed and understand these odd English people.  Speaks only Italian. (But don’t let that scare you…you can learn what she speaks.)

“Wonderful how the songs are integrated, and the music is lovely” — Joanna Kraus, award-winning author and playwright

“ A tremendous success…The craft of the score is really quite fine…I thought it was terrific! One of the best shows to open this season in the musicals category…What can I say? I loved it. Don’t miss it.”— Peter Filichia, Broadway Radio, November 3, 2019

“The score incorporates the lilting measures of waltz and the upbeat rhythms of ragtime”— Deb Miller, DCMetro, November 7, 2019

“With lyrical melodies, both wistful and sparkling, The Enchanted April captures the spirit of this era of relief, quiet desperation and wonder…It is such a pleasure to hear women and men sing in their natural ranges, allowing their voices to move through their registers without stress” ––Sarah Downs, Front Row Center, November 8, 2019

“An Enchanted April – Charming!…Elizabeth Hansen and C. Michael Perry have manifest the story’s light-handed sensitivity and sentiment without treacle…An Enchanted April’s gentle heart is unimpeachable…Every one of Perry’s attractive, supple melodies suits the moment…Group numbers interweave with high craft…Lyrics are both wonderfully literate and singable…Hansen’s book is deftly economic, offering just enough dialogue not to feel changes are abrupt, rendering each character distinctive.” ––from the column Women About Town on Playing Around by Alix Cohen, November 8, 2019.

“A witty book…Music and lyrics that evoke the period in which the story takes place…Moments when you might think of a play by Chekov or even Sondheim’s A Little Night Music…This version of An Enchanted April has much of its own to offer.” — MARK KAPPELL, Blog, November 2, 2019

“An Enchanted April…succeeds in capturing the sense of longing, burgeoning camaraderie, and emotional transformation interwoven through the original source material…The musical offers a pleasant return to San Salvatore…An affable show, the score contains… an appropriate mix of operetta and musical comedy songs. Some evoke motifs from popular songs of the 1920s…Lottie’s standout number, “Right As Rain!,” playfully integrates ragtime rhythms…‘Endless Rain’ is the plaintive quartet…This is a score…that cries out for lush orchestrations to match the nostalgic mood and sumptuous European setting…The show is similar in tone and aura to Stephen Sondheim’s A Little Night Music…There are many pleasures to be had in the course of the evening…An Enchanted April is a genial respite from New York’s typically cold and damp November.” — James Wilson, November 4, 2019, Talkin’ Broadway

“A radically old-fashioned romantic musical…It’s light on its feet and pleasing to the ear…First things first: The singing is absolutely superb, and, better yet, unmiked, rendering even the complicated contrapuntal vocal passages utterly audible and often beautiful…It’s agreeably retro, there’s even a genuine overture and entr’acte…Neat, well-rhymed, bountiful with the waltzes, and refreshingly plot- and character-specific…You’ll leave humming, and generously reminded of the ancient pleasures of hearing real voices unaided by elaborate audio engineering…An Enchanted April may feel archaic to the few younger folks in the audience—imagine, a new musical without a single disaffected teen singing endlessly about his/her problems…It’s comfort food, constructed according to the old standards of literate dialogue, literate lyrics, and lush melody supported by chords that resolve naturally into one another.” — Marc Miller, November 3, 2019, OffOff Online

“The enduring resonance of its source material is evident in An Enchanted April…The piece’s emotional power is palpable…Co-lyricists Elizabeth Hansen and composer/co-lyricist C. Michael Perry’s score, with its appealing melodies and artful lyrics, recalls the manner of Jerry Herman…Ms. Hansen’s book is faithful to its derivation, has wit and dramatic heft.” — Darryl Reilly, November 4, 2019, Theatre Scene

“I enjoyed it. I was very glad that I saw it. The score was drastically more successful than the score from another show I saw just before it. The adaptation, I think, is very strong.” –Michael Portantiere, November 10, 2019, Broadway Radio 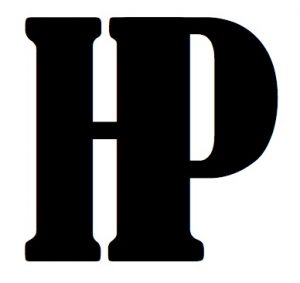