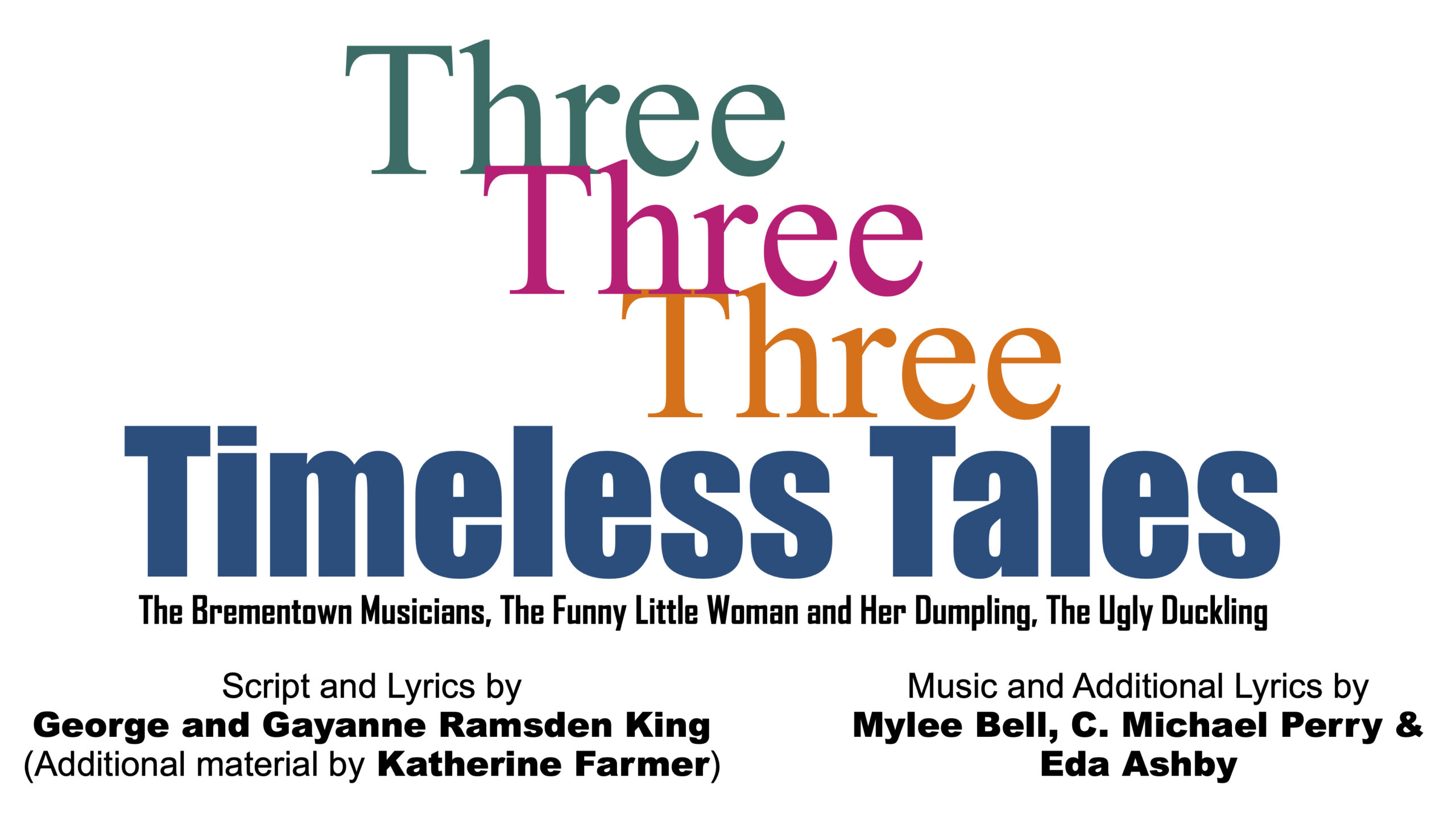 A short evening of short plays/musicals for child and family audiences. Written to include mostly children/youth in the casts along with a seasoned adult. Hans Christian Andersen is the Story-teller for the evening, weaving and linking the stories together.

Each short play in this evening of theatre is also able to  be performed as a separate play.

SONG DEMOS made from the FINALE MUSIC NOTATION software files.

THIS NOTICE MUST APPEAR IN ALL PROGRAMS, ON ALL POSTERS AND PUBLICITY MATERIALS AND INTERNET ADVERTISING/WEBPAGES FOR THE PLAY:
“Three Timeless Tales is presented through special arrangement with Leicester Bay Theatricals.  All authorized materials are also supplied by LBT, www.leicesterbaytheatricals.com”