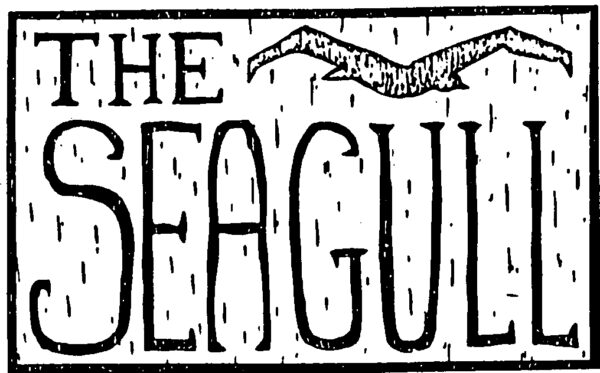 Adapted and Translated by Thomas F. Rogers from the Chekhov original.

The first of Anton Chekhov’s four major plays,* THE SEAGULL depicts the conflicting aspirations of writers and artists, old and young—the budding playwright Konstantin; his actress mother Irina; her philandering lover, the famous author Trigorin; and Konstantin’s soulmate Nina, who yearns to be an actress like his mother but is callously dallied with by Trigorin.  A seagull he happens to shoot symbolizes both Nina’s failure and Konstantin’s actual fate when, in despair, he takes his own life. THE SEAGULL is a slice-of-life drama set in the Russian countryside at the end of the 19th century. Its cast of characters are dissatisfied with their lives. Some desire love. Some desire success. Some hope to realize artistic genius. Some critics view The Seagull as a tragedy about eternally unhappy people. Others, like Chekhov himself, see it as a “comedy”—a  humorous albeit bitter satire, poking fun at human folly. This translation and adaptation was commissioned by one of the directors at BYU and performed there on at least two separate occasions.  The great Russian playwright’s dramas anticipate the decline of Russia’s decadent aristocratic society on the eve of the 1917 Revolution.
*THE SEAGULL, THE THREE SISTERS, UNCLE VANYA, and THE CHERRY ORCHARD

From the INTRODUCTION by Tim Slover* to The Plays of Thomas F. Rogers: Personal Journeys :

“The Chekhovian works of [other] playwrights, fine as they are, lack one crucial ingredient that puts Rogers’s translation of The Seagull in a class by itself: his fluency in the language and immersion in the culture and history of Russia. Having lived and traveled extensively in Russia—both the urban centers and the remote hinterland—for decades, Rogers possesses a rapport with the people and a colloquial knowledge of the language, past and present, that has made him a leading scholar in and dramatic artist of all things Russian. When you read Rogers’s Seagull, you’re getting as close to the original Chekhov as an English translation is ever likely to get—both in linguistic fidelity and dramatic spirit.”

Translated and Adapted by
Thomas F. Rogers
(from the play by Anton Chekhov)

THIS NOTICE MUST APPEAR IN ALL PROGRAMS, ON ALL POSTERS AND PUBLICITY MATERIALS AND INTERNET ADVERTISING/WEBPAGES FOR THE PLAY:
“The Seagull is presented through special arrangement with Leicester Bay Theatricals.  All authorized materials are also supplied by LBT, www.leicesterbaytheatricals.com”